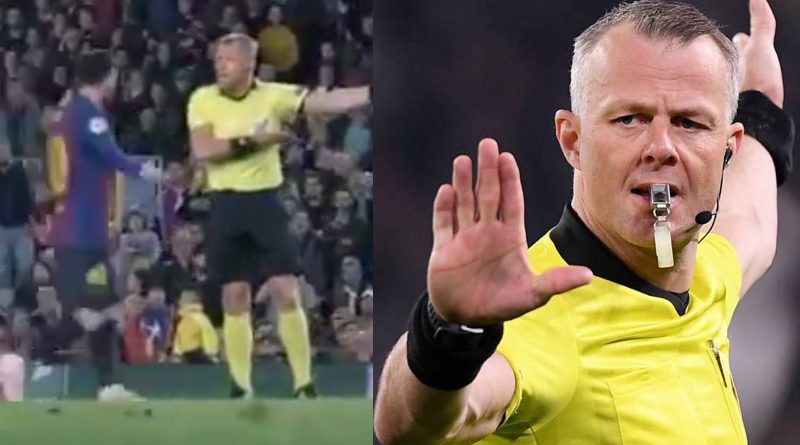 Check out this remarkable footage of Dutch referee Björn Kuipers telling off Lionel Messi for celebrating too long.

The footage is of the moments after Lionel Messi’s wonder-goal against Liverpool in the Champions League in 2019 but Kuipers isn’t happy with how long the Barcelona man is taking to celebrate.

In the clip you can hear the ref shouting at Messi and saying “Messi! Come on! Show them some respect. Go!”

Check out this footage of Björn Kuipers telling Lionel Messi to hurry up after celebrating his free-kick goal against Liverpool too long…?pic.twitter.com/gn97Xhggg4

The six time ballon d’Or winner tries to plead his case to the Dutch official but he is having none of it and ushers the Argentinian back to his position so the game can restart.

Barcelona won the game 3-0 but it wasn’t enough as Liverpool pulled off a remarkable comeback in the second leg beating the Catalan side 4-0 at Anfield. Liverpool went on to win the tournament.

? A year since one of the greatest comebacks in history…#UCL | #OTD | @LFC pic.twitter.com/J7H4WsnQcM