Alfa Romeo driver Zhou Guanyu was involved in a horror crash at the British Grand Prix. He was lucky to escape with his life.

Entertainment is a guarantee when the twenty greatest drivers in the sport take to the Silverstone track. We didn’t expect the drama to unfold so soon, however.

On the very first corner of the race, a five-car collision left three drivers out of contention and Zhou Guanyu skidding upside down before slamming into the fence.

Replays of the crash were not shown on TV for some time after the crash, with there being no official news on whether Zhou was okay following the frightening crash.

Thankfully, the Chinese racing driver was up on his feet and walking soon after, which is quite remarkable to think when you look at where his car ended up. 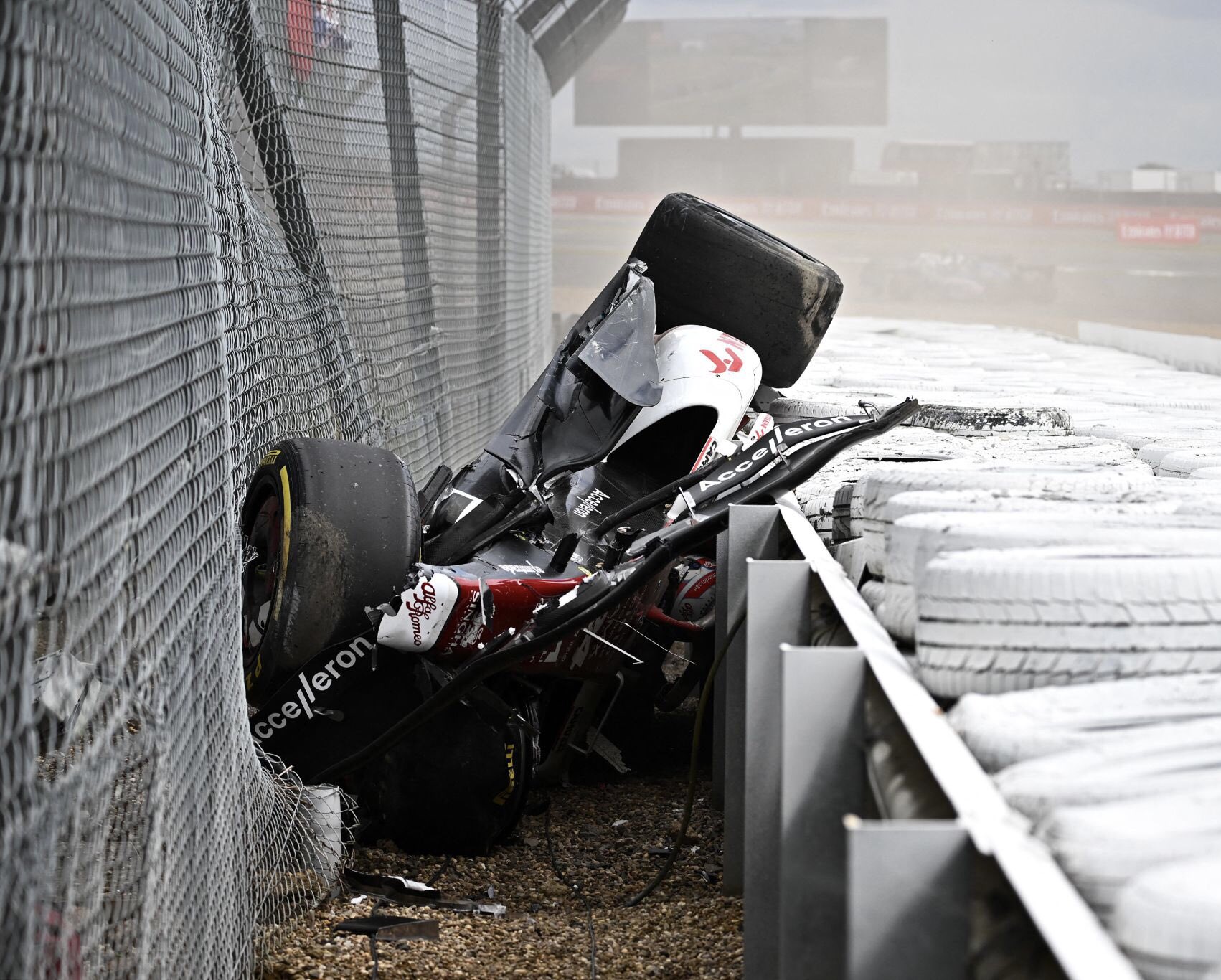 It’s a testament to the safety of modern F1 cars that Zhou’s car has crashed at high speeds and ended up sandwiched in there, yet he escaped with barely a scratch.