Republic of Ireland defender John O’Shea has emerged as a doubt for Ireland’s crucial Euro 2016 play-off tie with Bosnia and Herzegovina.

The experienced centre-half pulled up in the first half of today’s derby contest in the Premier League between Newcastle United and Sunderland.

Holding what appeared to be his hamstring as he came off, O’Shea was replaced in the 36th minute by Sebastián Coates due to the injury. 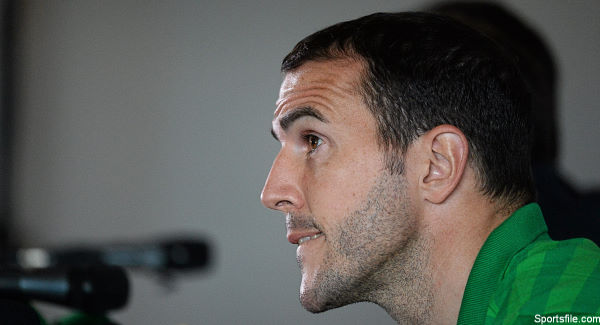 Republic of Ireland boss Martin O’Neill will now be sweating on the fitness of O’Shea in the lead up to the most important couple of games since he became manager of the country.

O’Shea is banned for the first game of the two-legged tie with Bosnia and Herzegovina after being sent off late in Ireland’s last Qualifier against Poland for a second yellow card.

Ireland travel to Bosnia and Herzegovina for the first leg of the tie on November 13 and the return leg takes place at the Aviva Stadium on November 16.