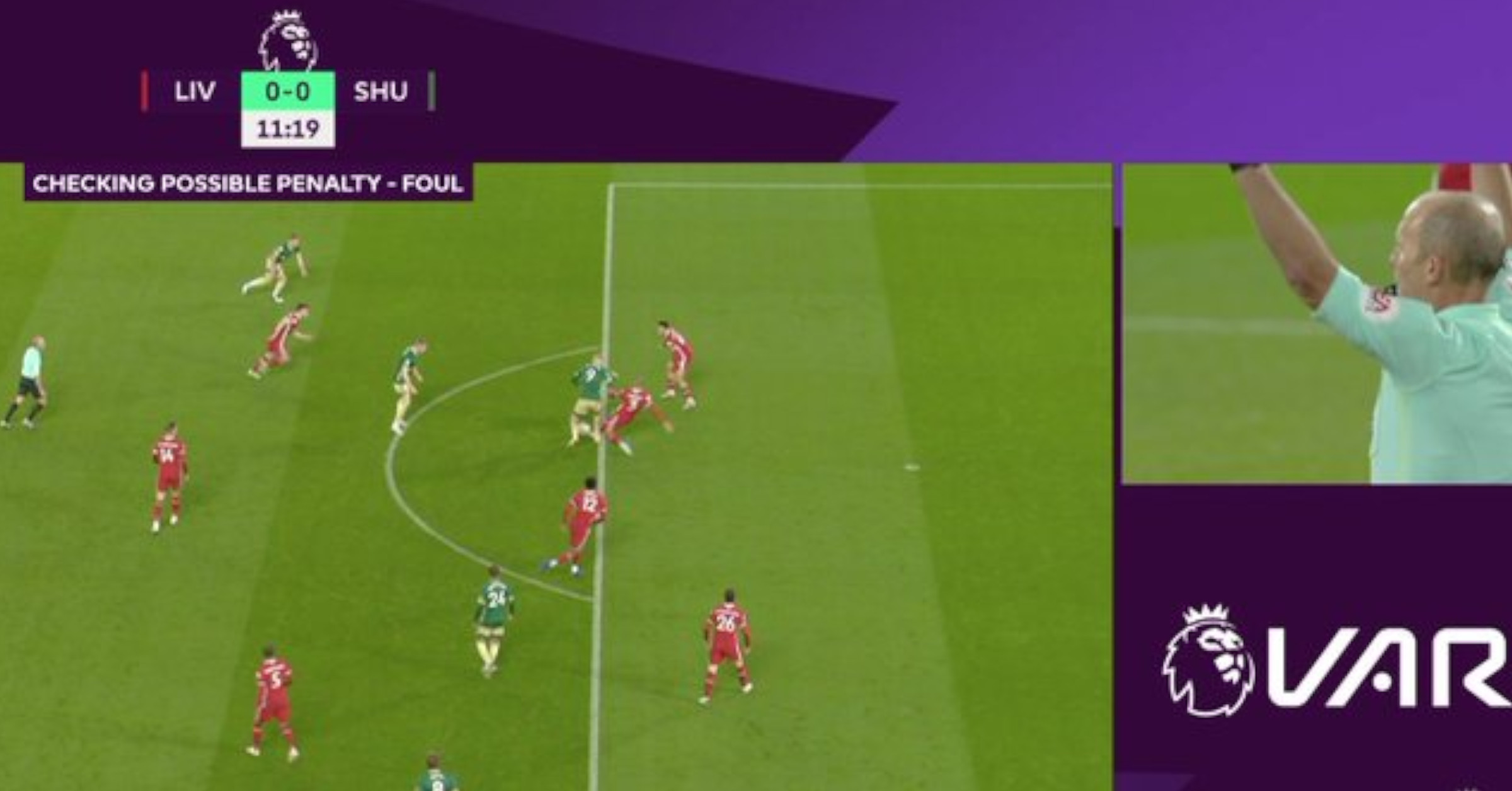 Liverpool have had an incredibly controversial decision go against them here as Fabinho seems to get the ball on the edge of the box. What was originally ruled as a free to Sheffield outside of the box was then upgraded to a penalty by VAR because it was on the line but no one checked to see if it was actually a foul.
VAR has not had a good day as it completely missed the Harry Maguire chance in the Manchester united vs Chelsea game earlier.
Fans were furious about the decision but what did you think of it? Did VAR make the right call?

Obviously not a pen. And he got the ball.

Var this season is a fucking joke

Thats given as a pen but harry maguire suplexes someone in the box and not even a propper review of the incident.