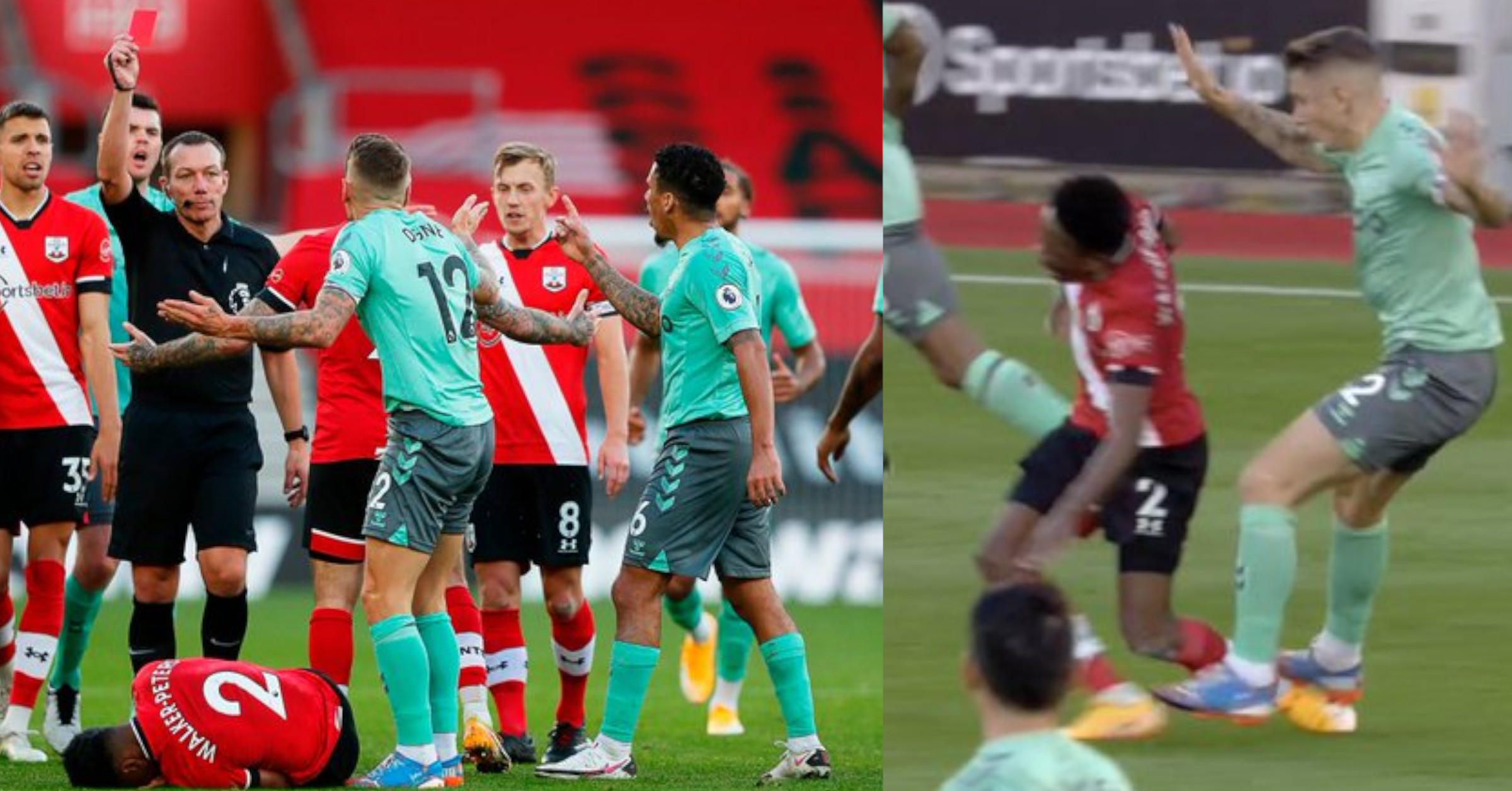 A bad day has just become a whole lot worse for Everton as Lucas Digne is handed a straight red card while 2-0 down against Southampton, but was it all accidental?

The ref didn’t seem to think so but many fans and even pundits are arguing it was a accidental.

EVERTON DOWN TO TEN MEN 🔴

Lucas Digne is given his marching orders for raking down the back of Kyle Walker-Peters' leg.

Gary Lineker was not impressed with the refs decision saying:

Running behind someone and accidentally treading on their heel should never be a red. Can’t you chase people anymore?

If that’s a red card, the game’s gone

If that’s a red card, the game’s gone

Raking down his leg???? Maybe watch it again. He stood on his foot by accident.

Hardly “raking”…he’s clearly accidentally run into the back of him. Obviously this doesent fit the media agenda right now!