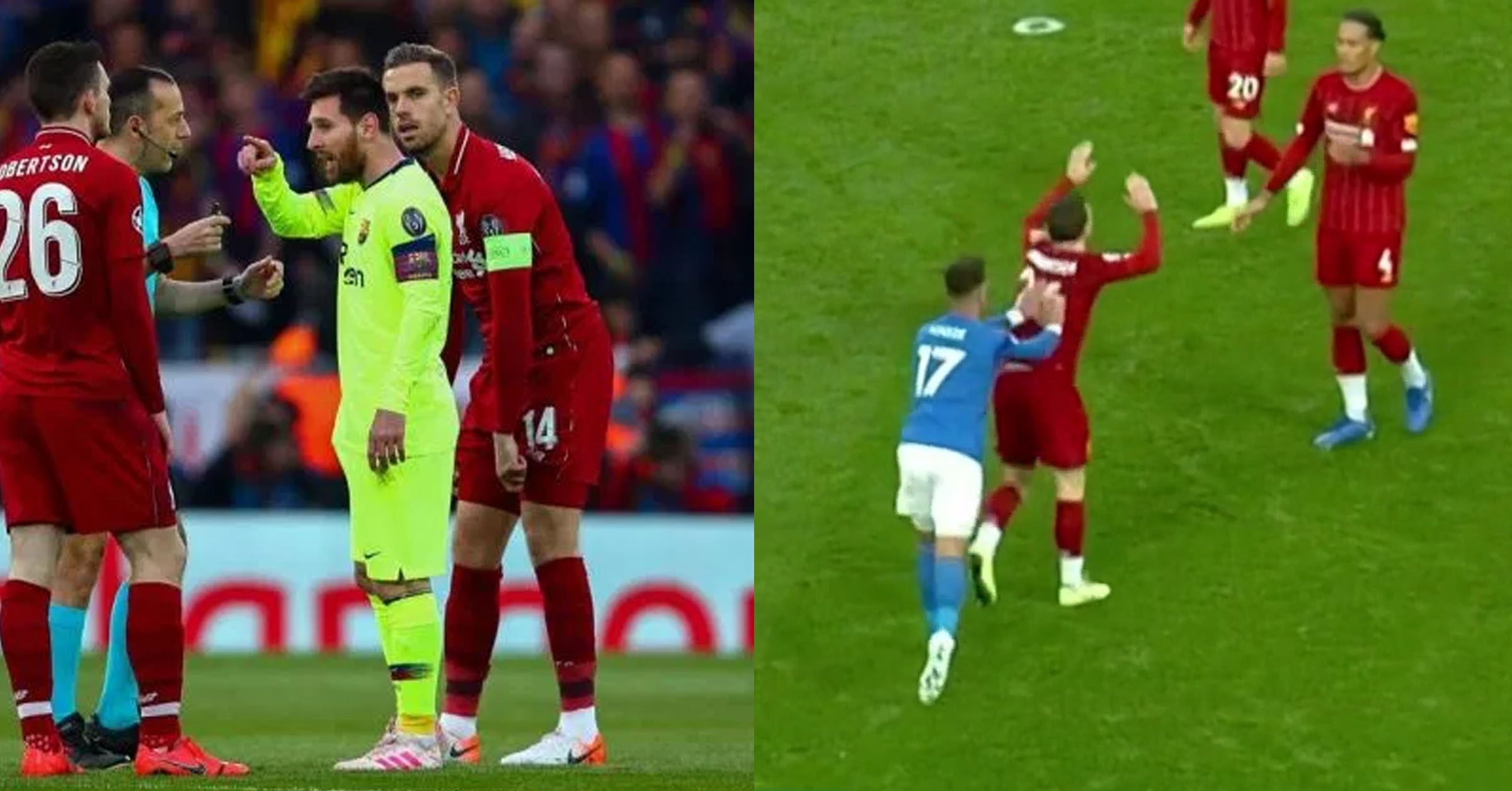 Robertson has recently cemented his place as one of the top defenders in the world and he is already being know for winding up his opposition players, either during or after the game.

Everyone knows how big of a part attitude plays into it and if your opponents are rash or angry then you have an upper hand.

Just look at some of his best wind up examples:

When he famously pushed Messi on the ground:

When he let Neymar know he was there in the final minute of the game:

He took shots at Luis Suarez after a UCL Semi-Final:

Andy Robertson is a savage 😂@DesKellyBTS: "You had a running battle with Luis Suarez and he took you out."

Robertson: "Who's going to the final?"

Most recently when he started a bit of a scuffle after the game with Leicester by nudging Ayoze and acting innocent.