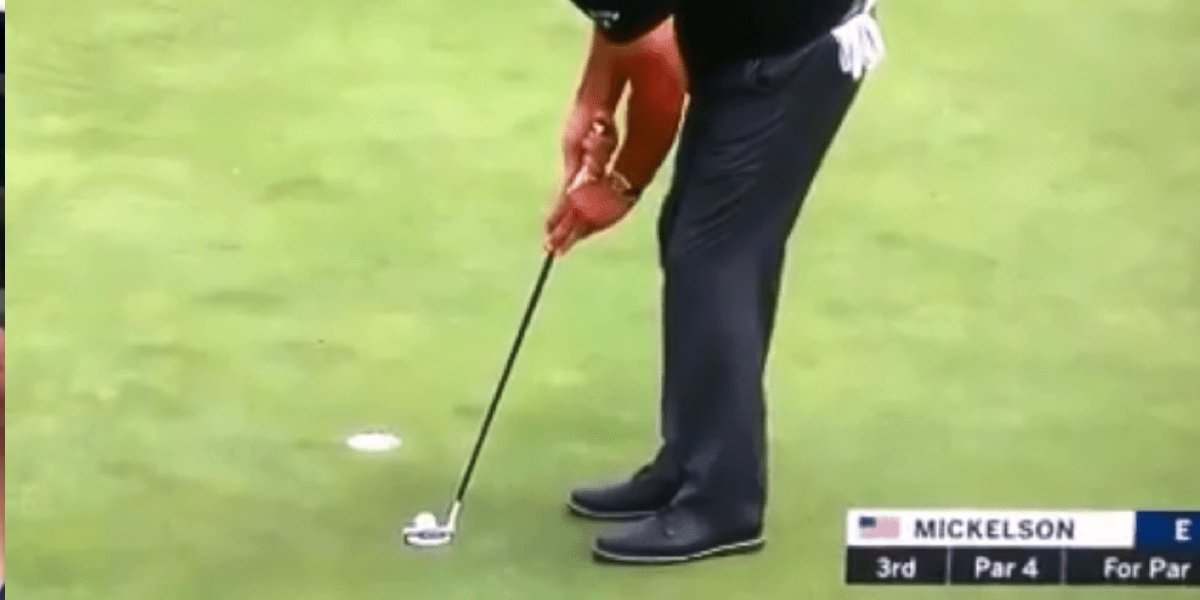 Phil Mickelson will be hoping to forget this nightmare putt during Thursday’s first round of the U.S. Open when he missed a tap-in putt for par the third hole (his 12th hole of the day).

Phil Mickelson misses “shortest putt of any player on this tour ever,” according to Paul Azinger, who may have a point … pic.twitter.com/wCGCL1isLl