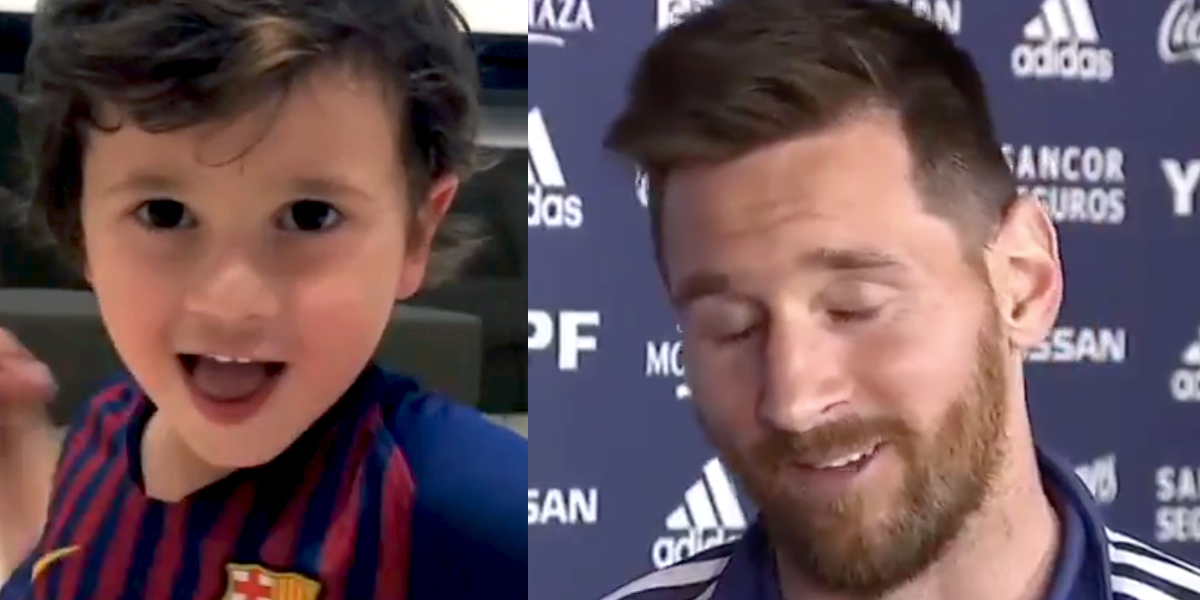 In a recent interview, Barcelona and Argentina superstar Lionel Messi revealed a savage side to his son Matteo who likes to tease his father and brother over losses his Dad has suffered whilst playing for the Catalan club.

When having a kickabout at home with his Dad and brother he tells his Messi “I’m Liverpool, who beat you. You are Barça, and I’m Liverpool.”

He also trolls his brother while watching Real Madrid games by celebrating their goals just to annoy his brother.