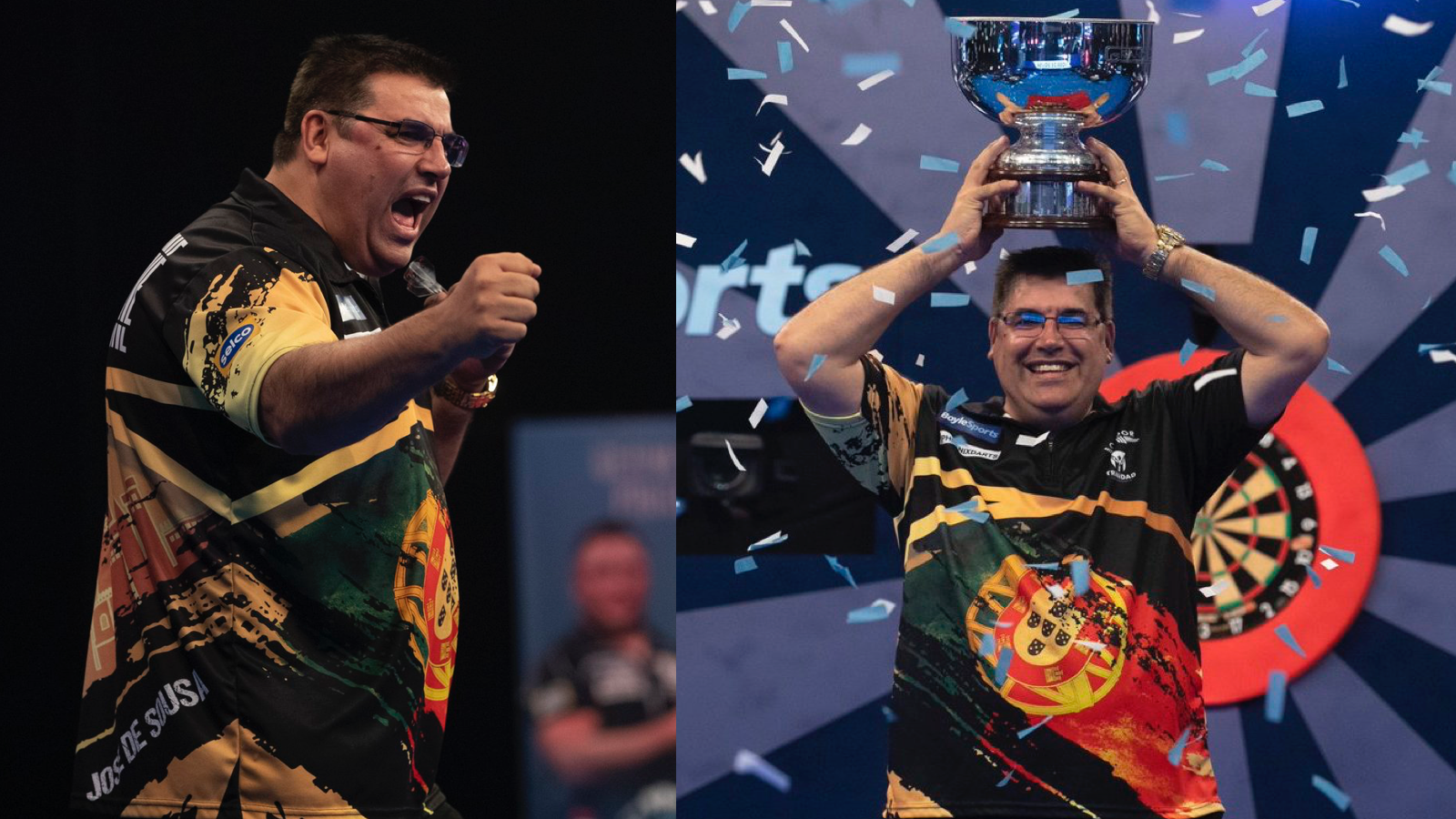 José ‘The Special One’ De Sousa has won the Grand Slam of Darts at the first time of asking.

The lovable Portuguese star clinched one of darts biggest prizes after a 16-12 victory over James Wade with a stunning 158 checkout.

Jose De Sousa joins the elite in world darts as he is crowned the 2020 BoyleSports Grand Slam of Darts CHAMPION!

Sheer emotion on the face of Jose as he wins the biggest match of his life in sensational fashion!

He is the first ever debutant to win the Grand Slam of Darts since the very first edition of the tournament in 2007 and he is also the first Portuguese player to ever win a PDC major final.

‘The Special One’, a former kitchen fitter, left his job to become a full-time professional only last year and 12 months later he is holding the Eric Bristow Trophy aloft as he is crowned the 2020 BoyleSports Grand Slam of Darts Champion.

De Sousa said: “This is the greatest day of my life.”