The International Olympic Committee (IOC) have confirmed four events are to be added to the 2018 Winter Games in PyeongChang.

Chief among the new sports is snowboard big air which is hoped will help gain “youth appeal” and boost female participation.

Following a meeting of the IOC executive board in Lausanne, a decision was taken to also bring in speed skating mass start.

Alpine skiing nations team events for both men and women will also make their Olympic debuts in 2018.

And the final addition is another curling event – curling mixed doubles.

The changes aim to “reflect the continued evolution of the Winter Olympic programme and build on the success of recent editions of the Games,” a statement from the IOC said, as well as “build on the reforms outlined in Olympic Agenda 2020 which aim to create more flexibility in the programme of the Olympic Games.”

The IOC added “youth appeal; attractiveness for TV, media and the general public” were among the key points behind requests to the changes from the international federations as well as “gender equality, operational cost and complexity” which are hoped will help “allow for a record number of female events and mixed events”.

As part of the initiative, a cap of approximately 2,900 athletes will be introduced across some 100 events for the Winter Olympics. 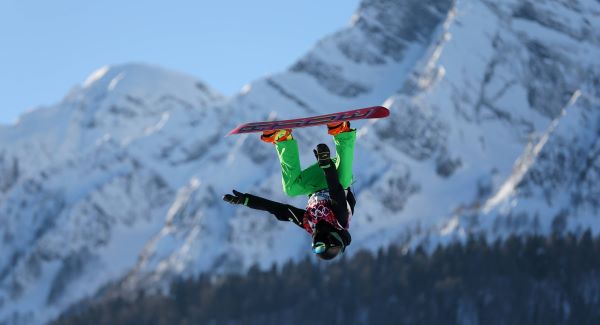 To make way for snowboard big air – in which participants fly off a steep ramp to perform one trick – the International Ski Federation agreed to allow snowboard parallel slalom to be removed from the Olympics programme.

The IOC also confirmed it had: “approved the evaluation criteria for review and analysis of any proposal from Tokyo 2020 for the inclusion of one or more additional events on the Olympic programme.”

Both baseball and softball – which have not featured since the 2008 Beijing Games – are leading contenders to be put forward because of their popularity in Japan, which as host nation can suggest additions to the set programme.

The final choice of Tokyo for the events to be proposed will be made by the end of September, with a final decision make by the IOC Session in Rio ahead of the summer Olympics Games during August 2016.