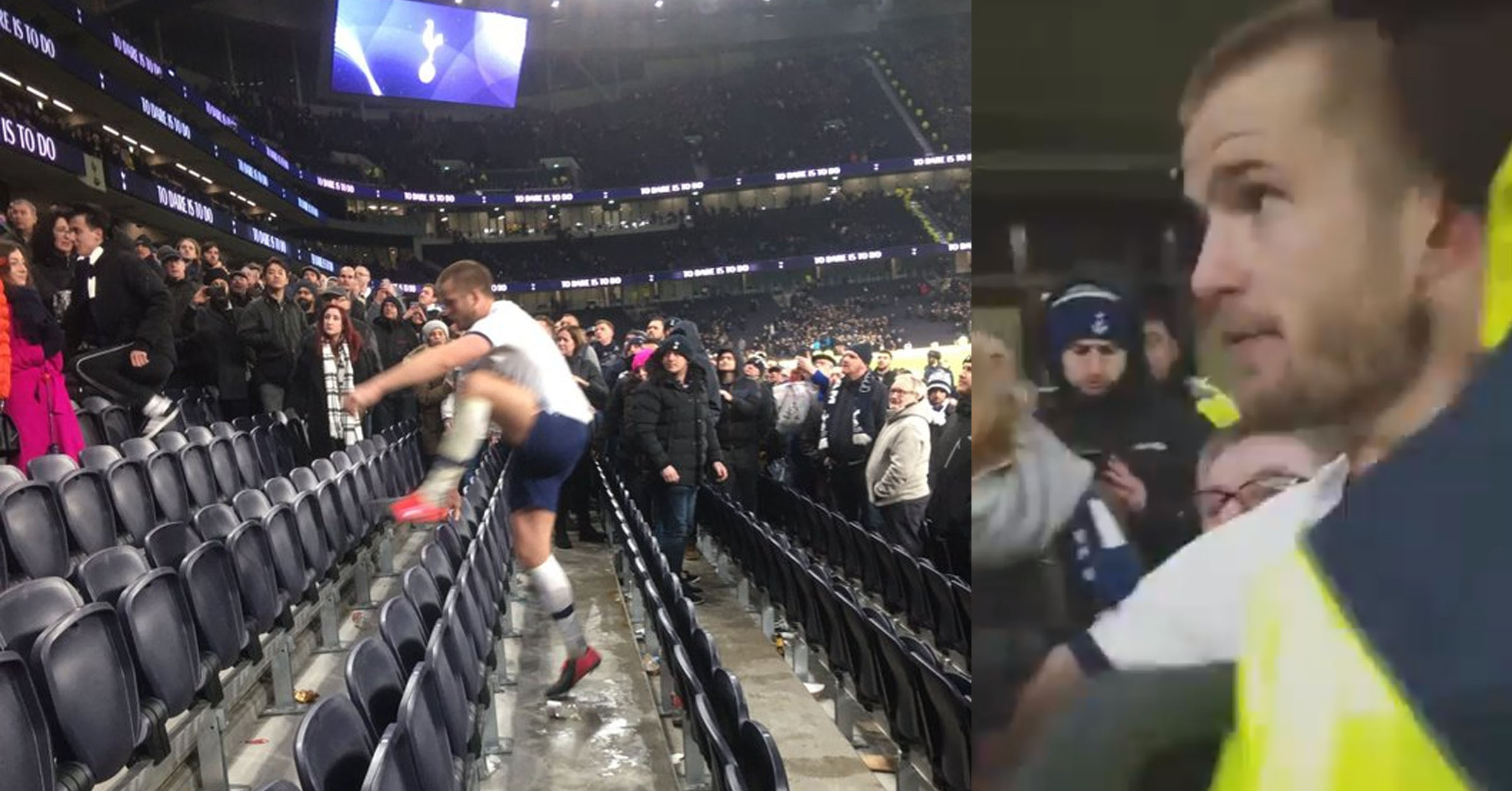 Absolute madness after Tottenham lose to Norwich on Penalties as Eric Dier has run into his own fans to fight.

UPDATE: It was not in reaction to racial abuse and Jose Mourinho talked about what happened in his post match conference.

Dier has just run into the stands having it out with a fan! I have no idea what’s just happened what the actual fuck?!?! #THFC #COYS #TOTNOR pic.twitter.com/ous9r2hO4X

Unbelievable scenes after the match as Eric Dier reacts to some abuse given by his own supporters. pic.twitter.com/zzxHk5q1Le