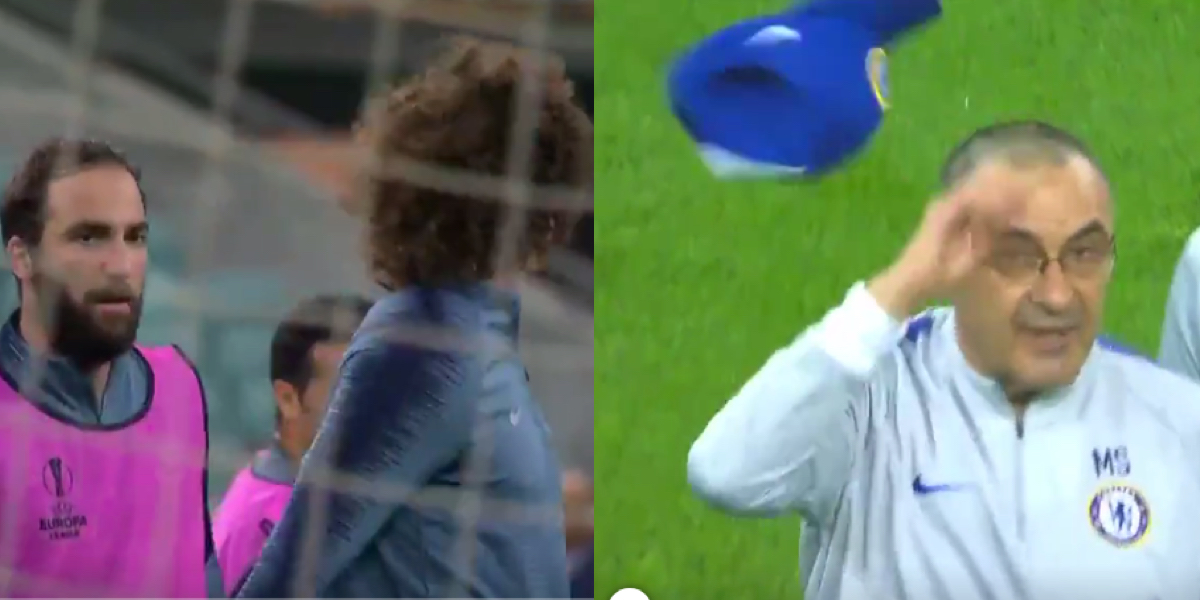 Footage has emerged from Chelsea’s Europa League final training camp in Baku which shows David Luiz and Gonzalo Higuain having a coming together.

It’s not understood what the problem was but the players exchanged some looks and words much to the distaste of manager Maurizio Sarri who threw away his hat as he walked away in frustration.

Tempers fraying in the Chelsea camp? ?

Higuain and Luiz come together in training and Maurizio Sarri is furious! pic.twitter.com/obSZ51KGGd