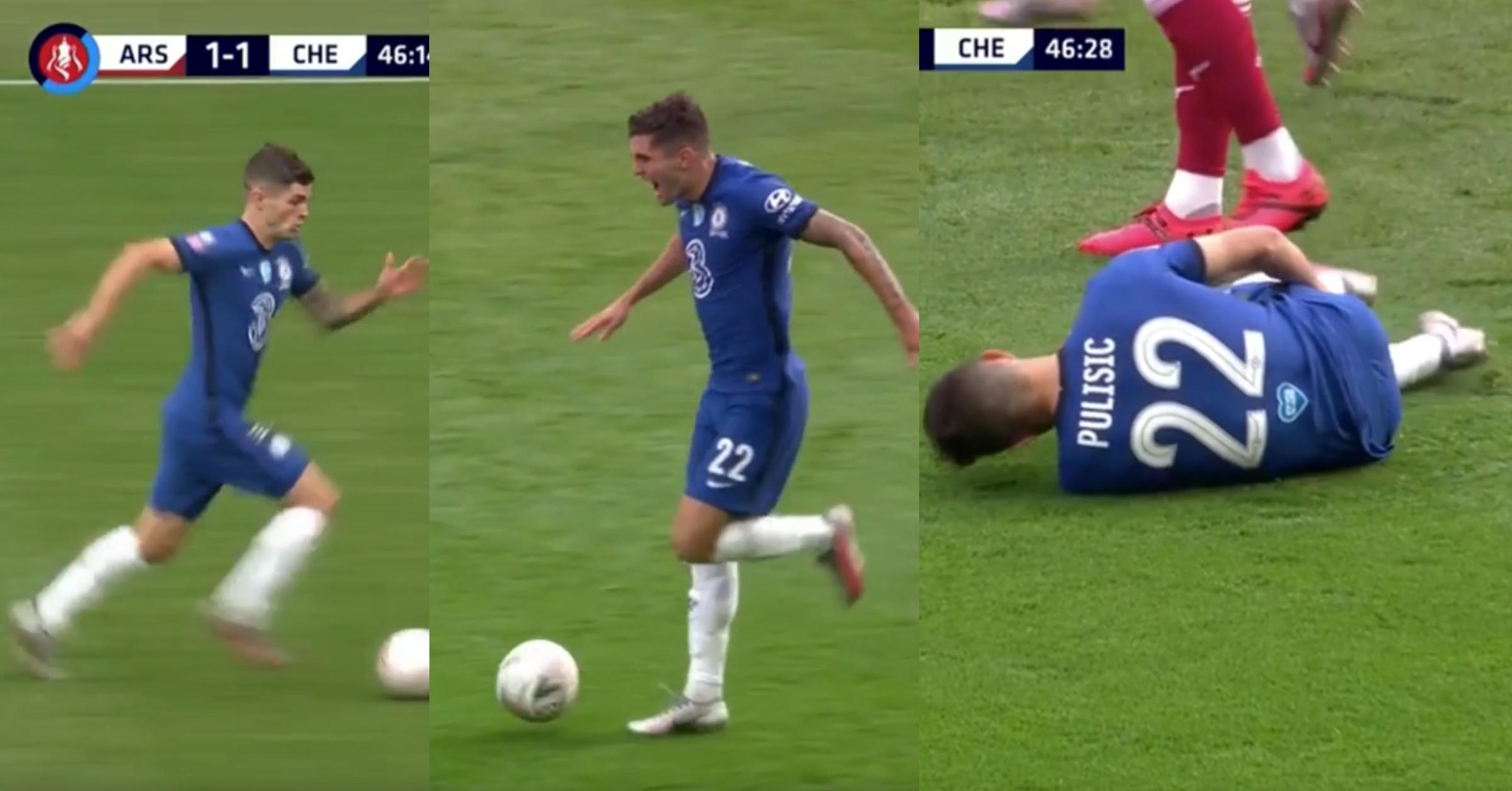 During yesterday’s 2-1 loss to Arsenal in the FA Cup Final, Chelsea had one star who shined brighter than most. Pulisic started the game with a brilliant early goal and seemed destined for another if it wasn’t for his bad injury at the start of the second half.

We wish him a speedy recovery from his hamstring strain which still needs to be scanned to understand the full extent of the injury.

When watching replays, many fans noticed the exact moment he pulled his hamstring and then you see him battling on, screaming in agony as he attempts to get the shot on target.

Pulisic went past that defence with a hamstring injury and still got a shot in. 😳

I can't believe these lot let Pulisic down so much

Pulisic is mad, he shot through a hamstring injury wtf. Our wingers get a bruised thigh and walk off

Here is the video where you clearly see the moment he pulls his hamstring: