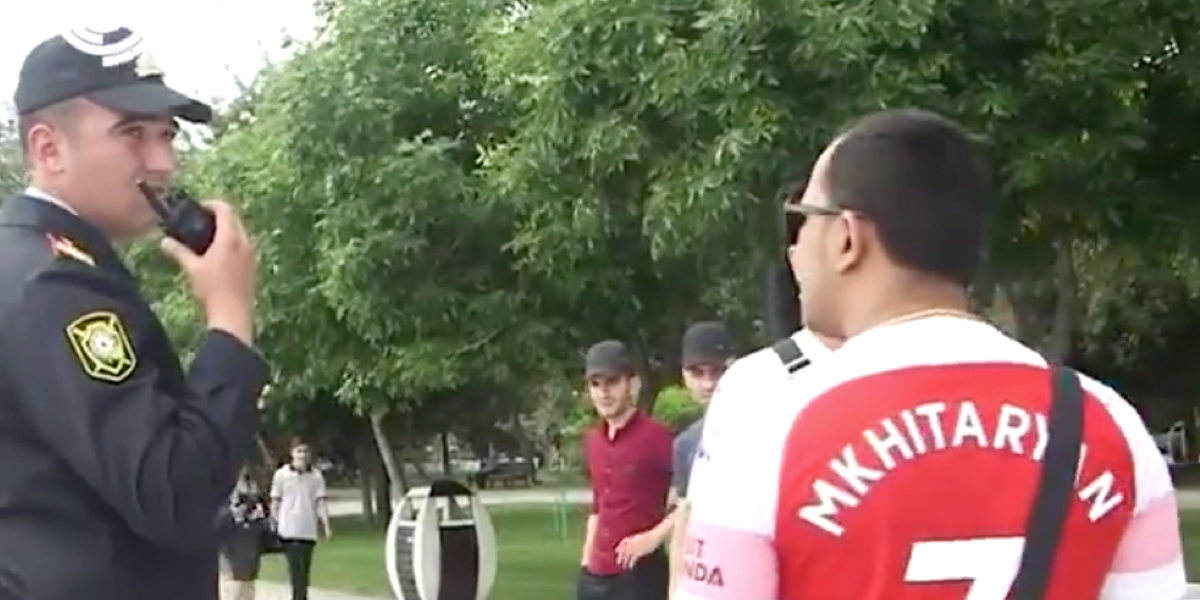 Check out this outrageous footage of local police officers in Baku stopping an Arsenal fan in the street for wearing a Henrikh Mkhitaryan jersey.

Police in Baku stop an Arsenal fan for wearing a Mkhitaryan jersey. What a joke…

Arsenal fans earlier this month launched a petition to have the Europa League final moved from Baku to Wembley Stadium after Henrikh Mkhitaryan was forced not to travel due to security concerns.