Dillian Whyte got his revenge over Alexander Povetkin yesterday night, have knocked the Russian out in their Gibraltar bout.

Whyte, who has been waiting for what must feel like an eternity for a shot at a winning a world title, was defeated by Povetkin back in August in Eddie Hearn’s back garden.

MORE: Boxing legend reveals he will fight again this July after 13 years inactive

Having had the veteran on the canvas on two occasions, Povetkin managed to slip a huge left uppercut through the guard and it was lights out for the man from Brixton.

Whyte will have been well aware that there was no margin for error in the rematch. If he wanted to keep his career on track, and be the man waiting in the wings for a title fight after AJ vs Fury is done and dusted, he needed to avenge his August loss. 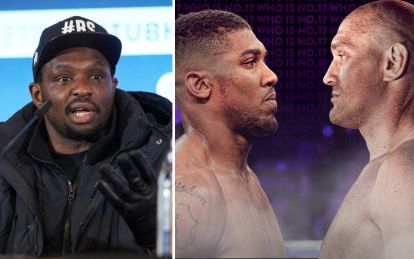 Have a look at the devastating manner in which Whyte finished off Povetkin, who would be wise to call time on his boxing career in wake of his defeat.

Dillian Whyte produced the ‘perfect’ revenge victory as Alexander Povetkin was ‘falling apart’ from the opening round pic.twitter.com/24wtzaEeNT