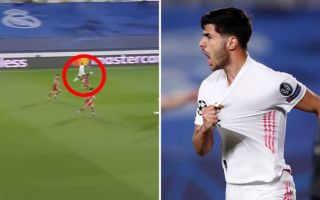 Tough night thus far for Liverpool and especially Trent Alexander-Arnold who assisted Marco Asensio with their second goal of the night. Alexander-Arnold has been in poor form this year along with the whole Liverpool team in truth and Trent missed out on the last England squad and a lot of people weren’t happy with Gareth Southgate for that decision. Was he right?

It’s currently two nil to the Spanish giants and Liverpool will need to get an away goal to have any chance, as the Anfield factor isn’t really a factor this year, with the amount of games they’ve lost there and no fans.