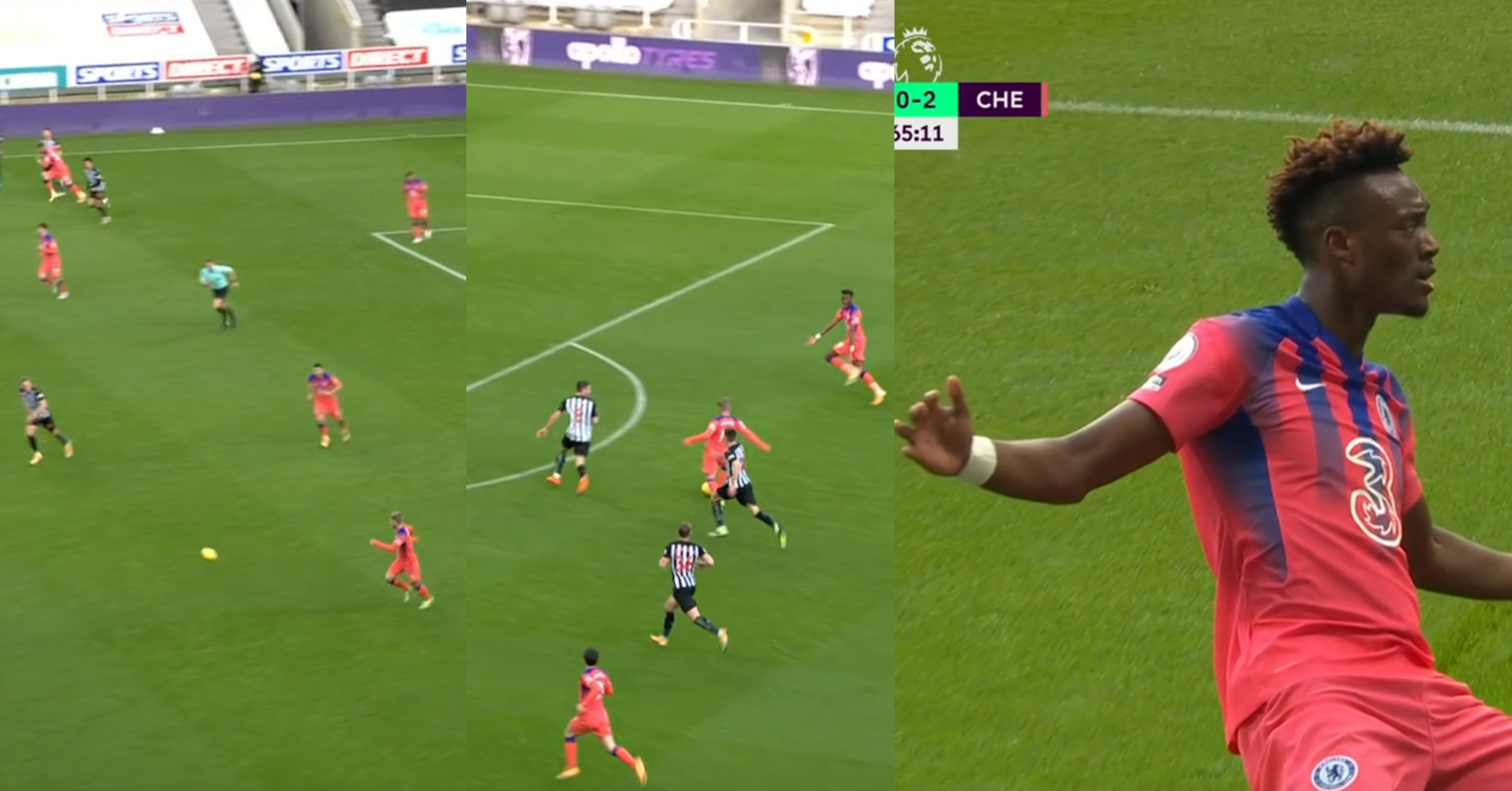 Timo Werner has completely turned his performance around after he had 2 clear goal scoring chances earlier in the game he has run the whole pitch, beat 3 defenders and slotted a ball up to Tammy for Abraham to finish.

What a great show of dribbling, pace and passing ability from the German who will be making rival fans eat their words today after he received heavy criticism for a failed pass in front of goal.

This is the opportunity he missed earlier:

📸 – Werner once again has a 100% chance, decides to pass it to Ziyech but fails terribly. That was so poor again. pic.twitter.com/UGT7UmY0HH

This is his perfect counter attack for Tammy’s goal: