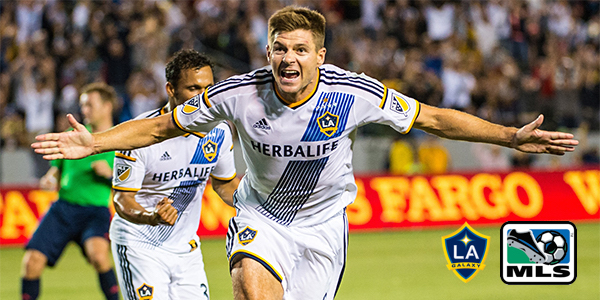 Major League Soccer is on its Winter break which gives us time to recap on the season so far.

Many household European names have made their way stateside to see out their careers in arguably the world’s fastest growing league.

Steven Gerrard is one of those familiar faces and since joining LA Galaxy from Liverpool this summer the former England captain has settled into the MLS quite well.

Now the players are on a much needed break and while we have the time let’s take a look at Gerrard’s best moments and highlights for the 2015/16 season so far.