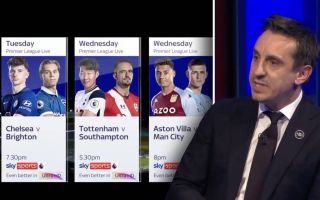 Gary Neville was at his brilliant best on last night’s Monday Night Football show, fighting the people’s fight against the introduction of the European Super League.

The Sky Sports pundit SLAMMED Big Six clubs for their involvement in the scheme and called upon football fans to take up arms against the biggest threat to our game in recent history.

Neville is a man who is prepared to go to war with the billionaire club owners in order to prevent the European Super League’s introduction. For now, he has a vendetta against all of the Premier League’s elite – including his beloved Manchester United.

That vendetta was clear for all to see as Sky Sports presenter David Jones listed off the fixtures that they have coming up on the network, and Neville threw his support behind the opponents of Chelsea, Tottenham, Manchester City and Arsenal.

Some would call it adolescent, some would deem it unnecessary, but nobody could suggest its unjustified.

🗣 “Come on Brighton, come on Southampton, come on Villa, come on Everton.”@GNev2 rooting against the top 6 in the preview to this week’s games 🤣 pic.twitter.com/jRZHiR14Fu 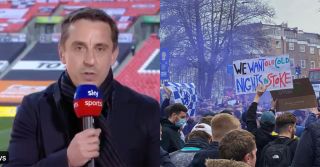 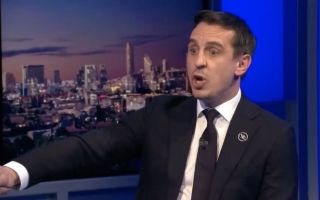 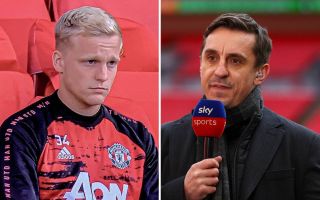 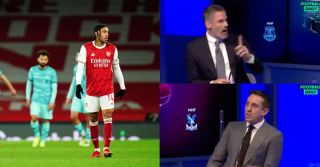 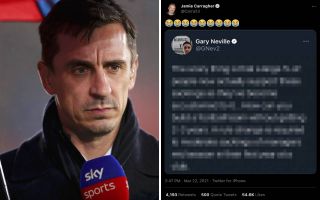 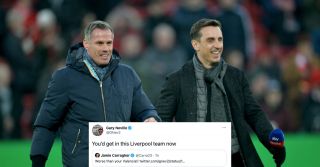