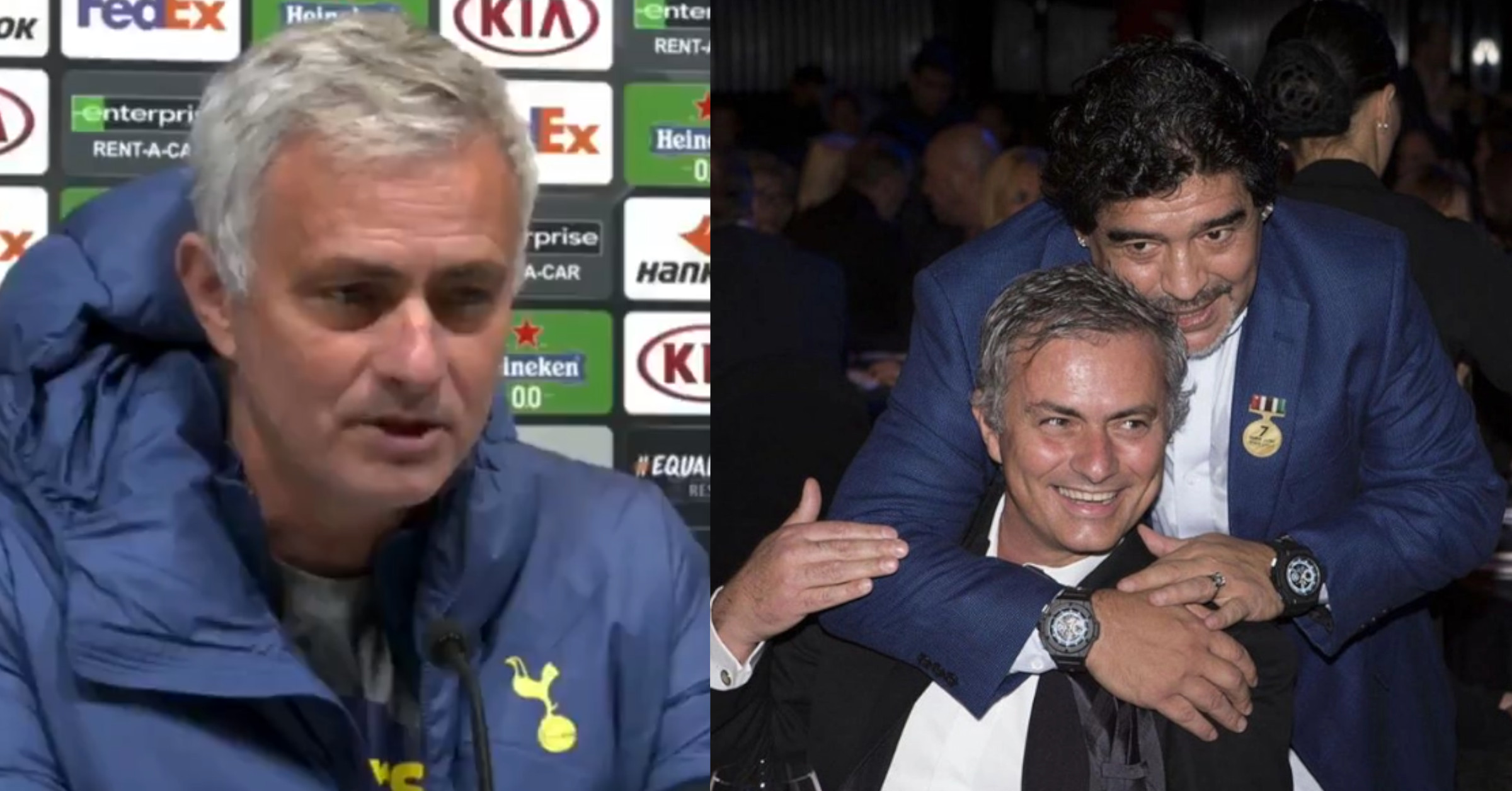 He explained his special relationship with the Argentinian icon, where there was 2 different people inside Diego, one for his friends and one that everyone in the world knew, the famous footballer ho lit up the football pitch.

Jose voices breaks when speaking about how he didn’t spend enough time with Maradona and how he wished he spent more time with him.

“I will miss Diego and of course I am very sad.”

Jose Mourinho revealed the private side of Diego Maradona who would "call me after my big defeats, but never my victories" following the Argentina legend's passing.

Jose explained how Diego was always there for him in defeat, after every big loss he would get a call but never in victory and that is the Diego that many do not know about. The one who was there for his friends and the one we are just discovering about now.