Often known less for her fighting ability and more for her x-rated style social media posts, the fighting sweetheart, who is married to UFC star Austin Vanderford, has released another revealing clip.

Jurgen Klopp Hands Out Beers to the Liverpool Faithful
John Terry Could Find Himself in the Dog House With X-Rated Joke on his Wife
TJ Reid with a bullet to the net from a free in 64th minute to win it for Ballyhale – Scenes!

Taking to her official Instagram account, the 26-year-old uploaded a clip of her wearing a robe which quickly transitions to her in sexy-style lingerie.

The former champ said: “@austinvanderford i didn’t look my dog. Didn’t know bang was gone switch to that lol.” 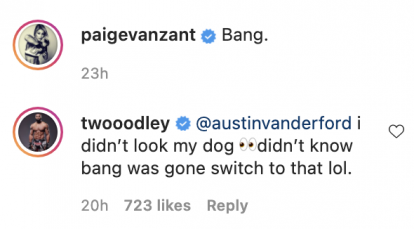