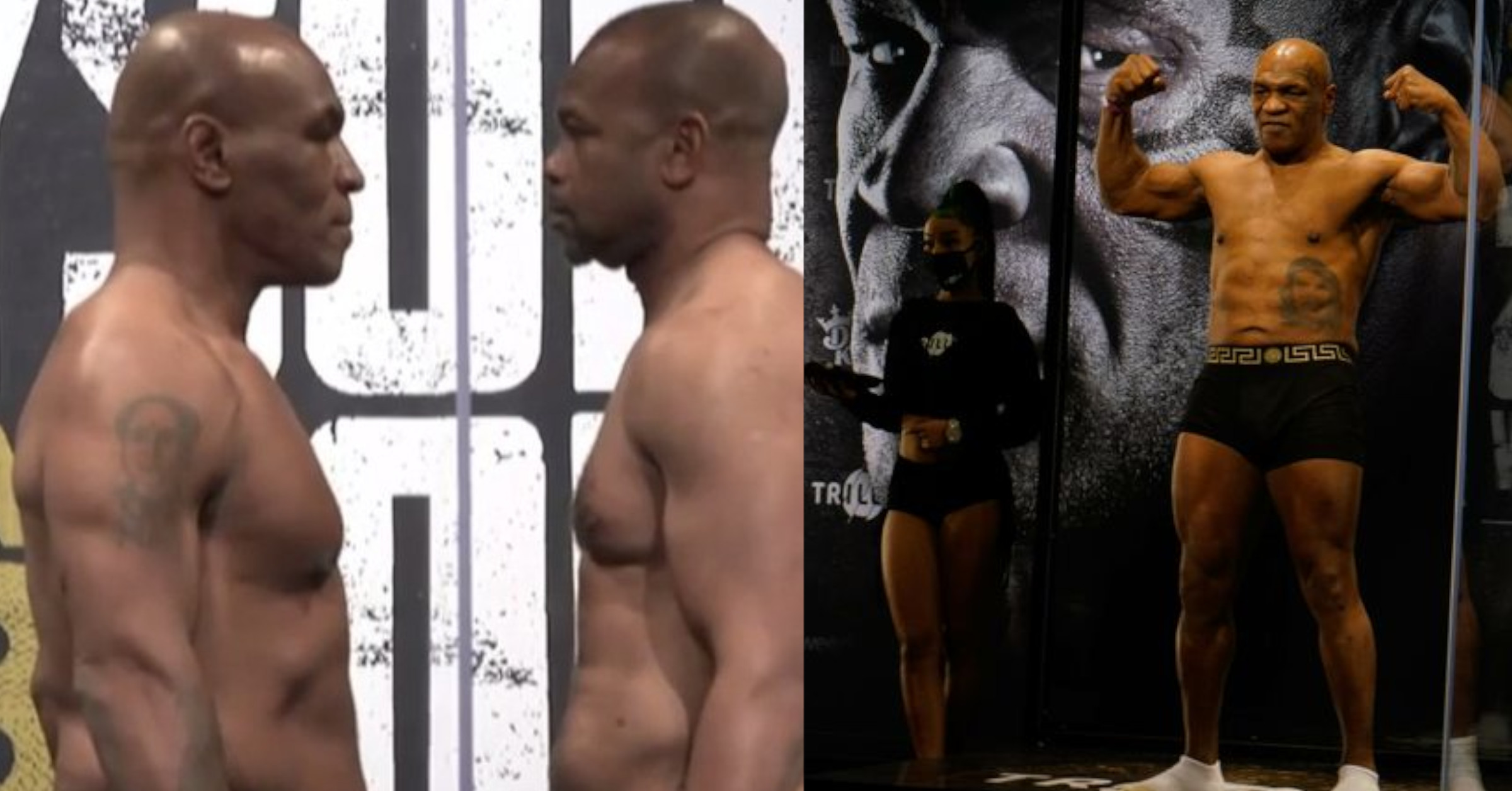 Mike Tyson is making his much anticipated return to boxing tonight in a match against Roy Jones Jr. Mike weighed in at 220.4lbs yesterday, the lightest he’s ever been before a fight and he looks lean, mean and ready to fight. He will be looking to improve his already amazing record of 50 wins, 6 losses and an amazing 44 knockouts.

Roy Jones Jr. also has an amazing record of 66 wins, 9 losses and 47 knockouts. Mike is 3 years older than Jones Jr. but this is shaping up to be some fight.

Mike Tyson and Roy Jones Jr. weigh in and come face-to-face before their fight tomorrow.

There were rumours surfacing that the two fighters were not allowed to knock each other out but Iron Mike put an end to those rumours saying he would not be holding back and it’s up to Roy to fight back. Here is exactly what Roy should be afraid of. There has never been someone like Mike Tyson when it comes to explosive knockout power and he still has it by the looks of it.

The Baddest Man on the Planet ™️