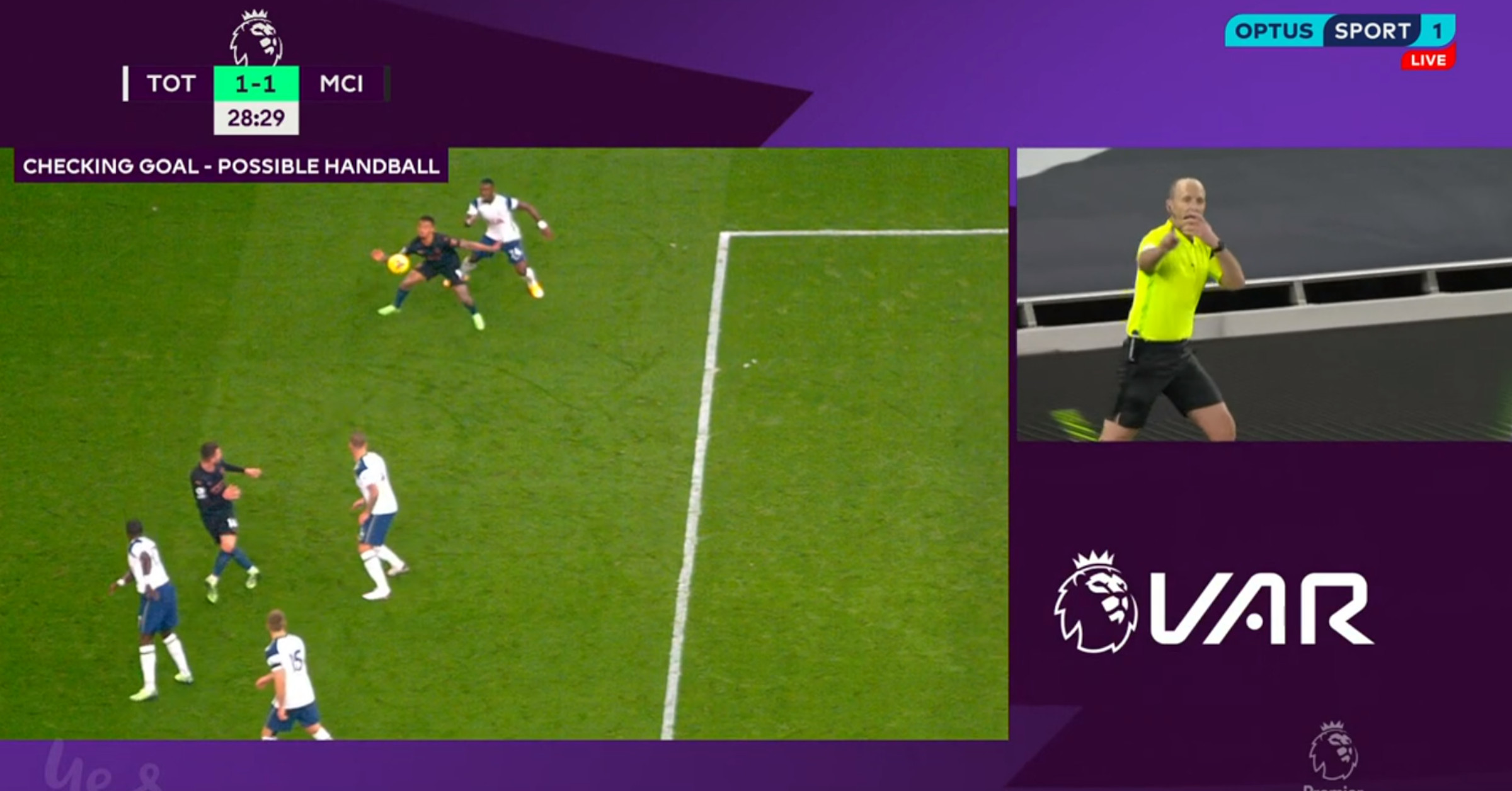 Would it really be a Premier League match day without at least one controversial decision by the Video Assistant Referee. Aymeric Laporte was thanking Gabriel Jesus for setting him up for this finish but I don’t think he’ll be thanking him right now as the forward is penalised for controlling the ball with his arm but did the referee’s get it right.

Mike Dean went over to the monitor himself to make the decision and he ruled out the goal himself for the handball. Did the ball strike low enough or was it his shoulder?

Mike Dean at the center of controversy, yet again.

De Bruyne and Jesus tried to plead their case at half time: