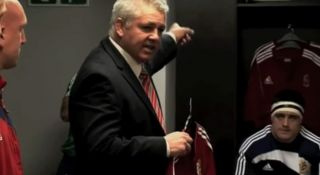 With it officially announced that we will have a Lions tour this summer, here’s a blast from the past. The last time the British and Irish Lions toured South Africa. What a tour that was led by Ireland’s Paul O’Connell as captain and Scotland’s Ian McGeechan as coach.

The Lions touring party will be named in the coming weeks and after the Six Nations and upcoming games in the Champions Cup it’s going to be very interesting who makes the plane. There’s no doubt that this tour will be very different due to Covid and will be tough for the players and management alike it looking more than likely that there will be no fans aloud attend any of the games. Did they make the right call with the Lions tour going ahead? With the amount of money commercial involved in the Lions tour, is it any wonder it go the green light? Covid or no Covid.

Who makes your Lions 15?