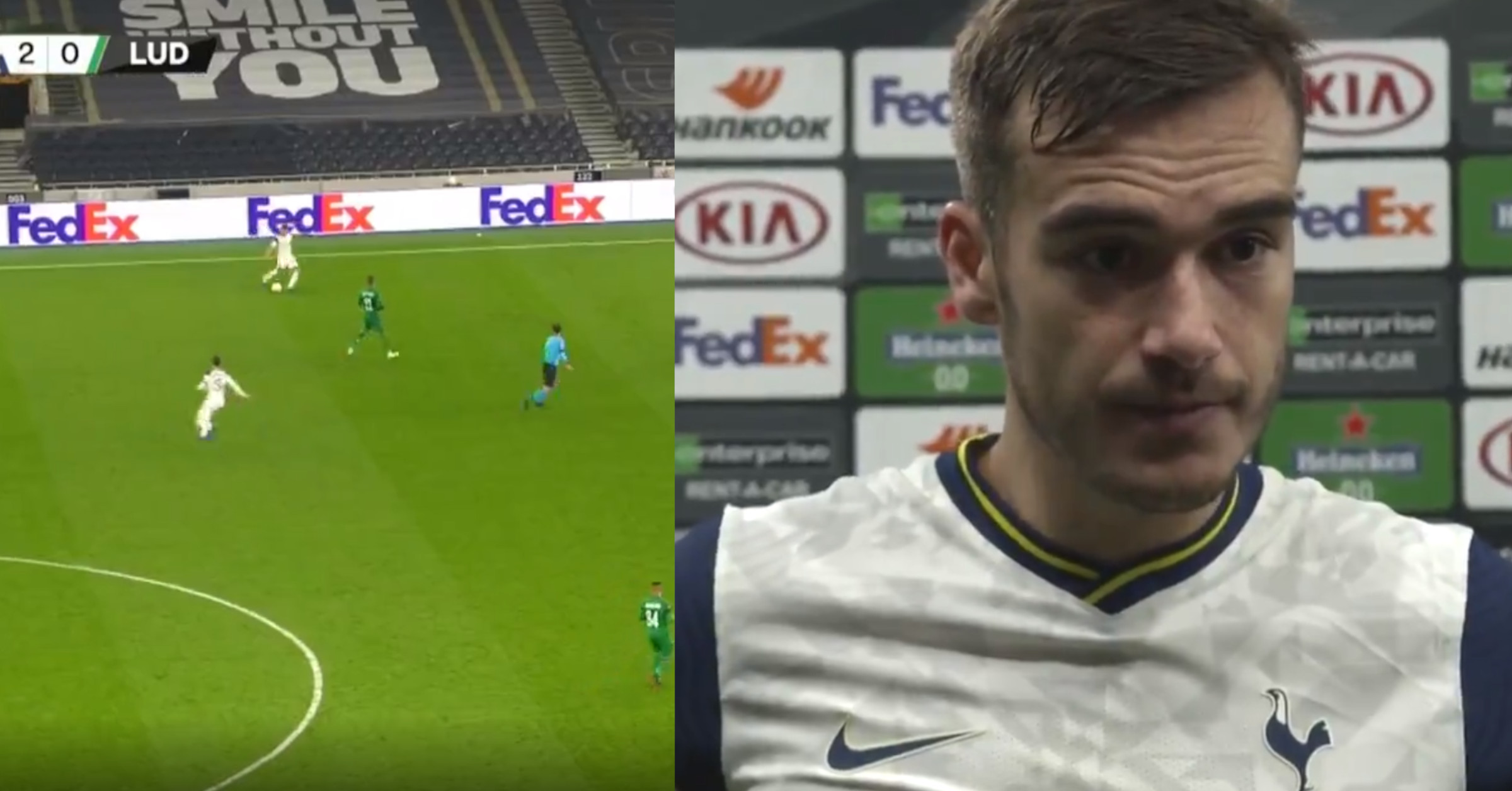 Last night Harry Winks nearly broke a Europa League record as he smashed the ball in off the crossbar from 53.6 yards away, scoring the third longest range goal in Europa League history.
Everyone was wondering, did he or did he not mean it and reporters asked him straight out.
Post match in a brutally honest interview he admitted that it was a pass for Gareth Bale that was over hit and just managed to be on his side.

"It was a pass for Gaz, I overhit it, but I'll take it!" 😅@HarryWinks comes clean on his wonder goal and sums up tonight's win.#UEL ⚪️ #COYS pic.twitter.com/XtzPiLpmPP

Winks’ strike helped Tottenham to their 4-0 win over Ludogorets in Group J of the Eruopa League last night with Vinicius getting on the scoresheet twice in the first half for the North London club.