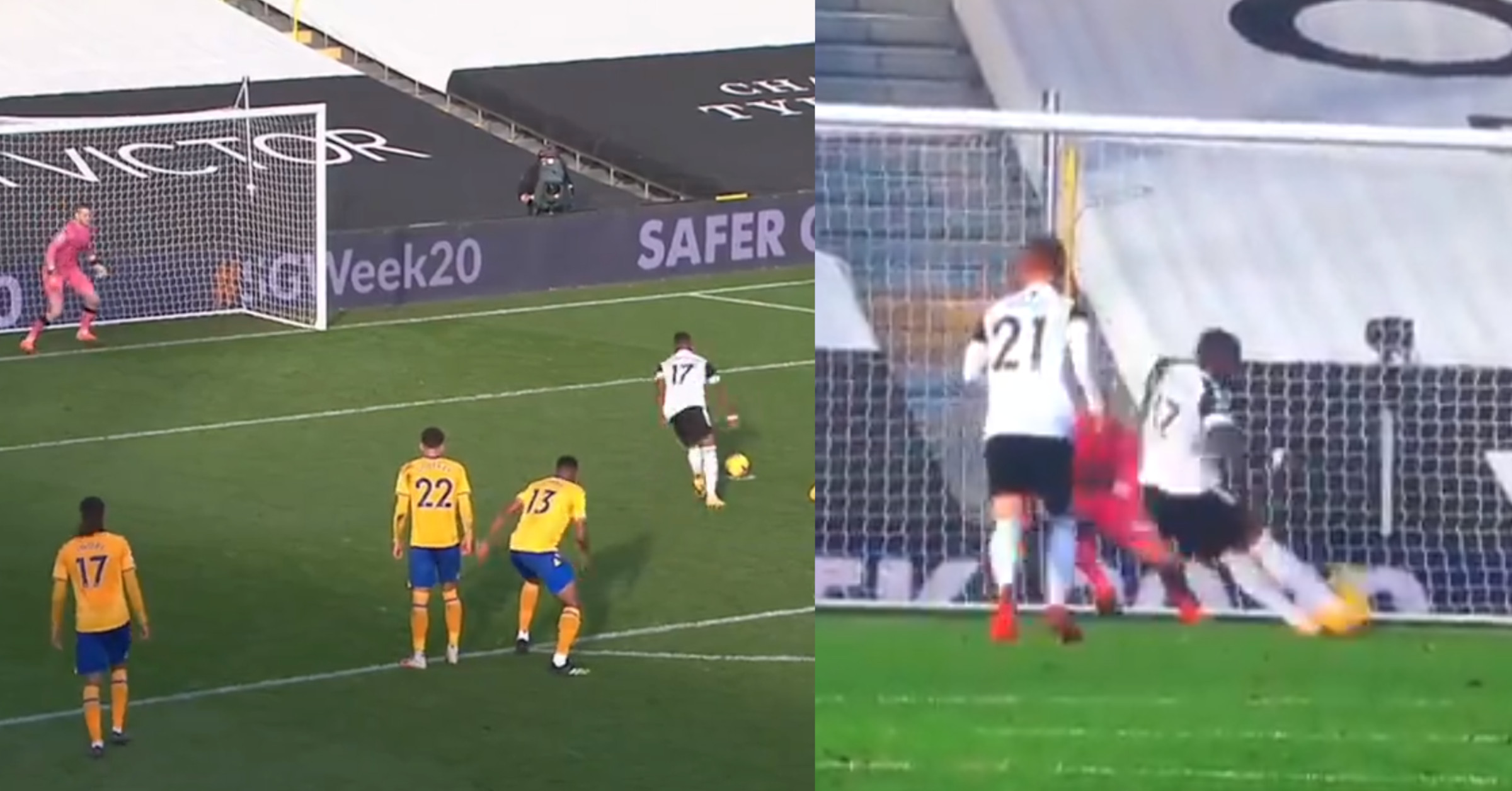 Fulham are becoming notorious for attempting audacious penalties at completely unsuitable times as Ademola Lookman failed a Panenka in the 98′ when losing against West Ham.

Ademola Lookman fail to make equale score for his team with Panenka Penalty Shoot. Do you think you are #Messi?#WHUFUL#giselviral pic.twitter.com/7yhqQ3uDTr

Today Ivan Cavaleiro missed a penalty when Fulham were down by 2 goals. After further angles, people realised that Ivan attempted a no-look penalty which could have cost Fulham a vital point and a draw.

Fulham fans will not be happy with him now as the game finished 3-2 to Everton and this goal would have made all the difference, the London club only has 4 points after 9 games played, every game matters for them as they attempt to avoid relegation.