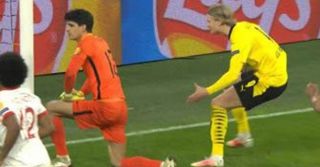 Haaland scores. Ref goes to VAR. Disallows the goal and gives Dortmund a penalty for an earlier passage of play. Haaland misses the penalty. Retaken for keeper coming off his line.

Haaland scores penalty. Madness tonight in the Borussia Dortmund vs Sevilla game, what a player this guy is and still only twenty years of age. Probably shouldn’t be taunting the Sevilla goalkeeper though, bad sportsmanship?

Will Erling Haaland be at Borussia Dortmund next season? We all know his father played for Leeds United and Manchester City and Erling Haaland himself was born in the city of Leeds United in the north of England. Surely this guy will move to a bigger club, with all due respect to Borussia Dortmund this guy has to play in the Premier League or will one of the Spanish giants whip him up?

The records this guy is setting are crazy that’s for sure. 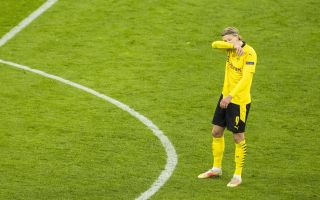