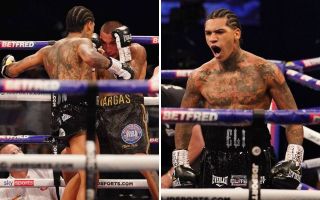 Conor Benn outlined his intentions to be Britain’s next big PPV fighter with a stunning first round knockout win over Samuel Vargas yesterday night.

After 18 fights, 18 wins and 12 victories by knockout, Benn had already shown the boxing world what he was capable of. However, last night’s TKO victory over Samuel Vargas was a whole new performance level for the 24-year-old.

Benn wasted no time in his attempts to rough Vargas up, landing a series of heavy shots, the majority of which found their target. With Vargas being pushed up against the ropes and not firing back, the referee had no choice but to step in and end it.

As reported by Sky Sports, during his post-fight interview, Benn challenged compatriot Amir Khan to stop filming reality shows and meet him in the ring:

“Give me Amir Khan. I know he’s too busy on reality shows and all that. But listen, if he wants it, he can get it.”

“I can deal with pressure. I can cope with it, because I’m built for it.”

“I’m ready for the top dogs – Shawn Porter, I see Adrien Broner campaigning at 147(lbs). I want them.” 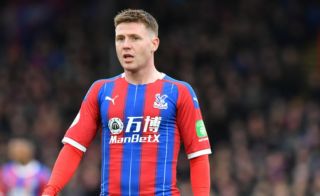 Khan would be the biggest name on Benn’s record and a victory over the former unified world champion would be a watershed moment in the welterweight division.

However, all due respect to Khan and his glass chin, it’s difficult to imagine Benn having much trouble getting him out of there – especially if he’s in this kind of form.