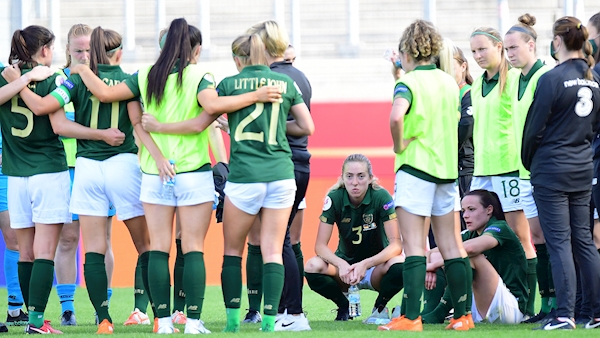 Vera Pauw has named a preliminary squad of 30 for the European Championship qualifier against Ukraine this month.

The Republic of Ireland women’s team face Ukraine in Kiev in a massive game. Victory, or a draw, would secure second spot in Group I and a Euro 2022 play-off spot.

However, Ireland will be going for all three points as they still have a chance of automatic qualification for the tournament as best runner-up.

Germany have already secured top spot in the group and Ireland and the Ukraine are currently vying for second spot.

Ukraine have played one game less than Ireland but they are currently seven points behind, meaning they need to win on Ocotber 23rd.

There are no new additions to the squad that was announced for last month’s loss away to Germany with nine Women’s National League players receiving call-ups.