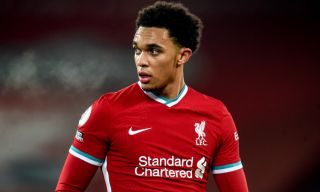 The 22 year old right back has been having a touch season as have the rest of the Liverpool team, but tonight he game away an awful back header to Marco Asensio and he made no mistake in finishing the goal.

They deserve to SUFFER!

Southgate when he drops Trent at the next international break

Will Trent Alexander-Arnold make the England squad for the Euro’s in the summer? There’ no doubt that he’s a serious talent and great going forward, but can you trust him in defence and when your a defender that’s your first job. Some lads, including a lot of Liverpool fans were raging with his performance against the Spanish giants tonight.