Tommy Fury has been royally rinsed by fans on Twitter after seemingly agreeing to fight YouTuber KSI.

Fury was one of several fighters that KSI namedropped in the ring after winning his second fight of the night on Saturday.

Fury has previously expressed an interest in these crossover events, having twice signed a contract to fight Jake Paul.

He took to Twitter to this time reveal his desire to fight KSI, but rather predictably, fans were not convinced.

Twitter user @Hallybhoy11 said what was on everyone’s mind, with his tweet gaining almost 15k likes at the time of writing. 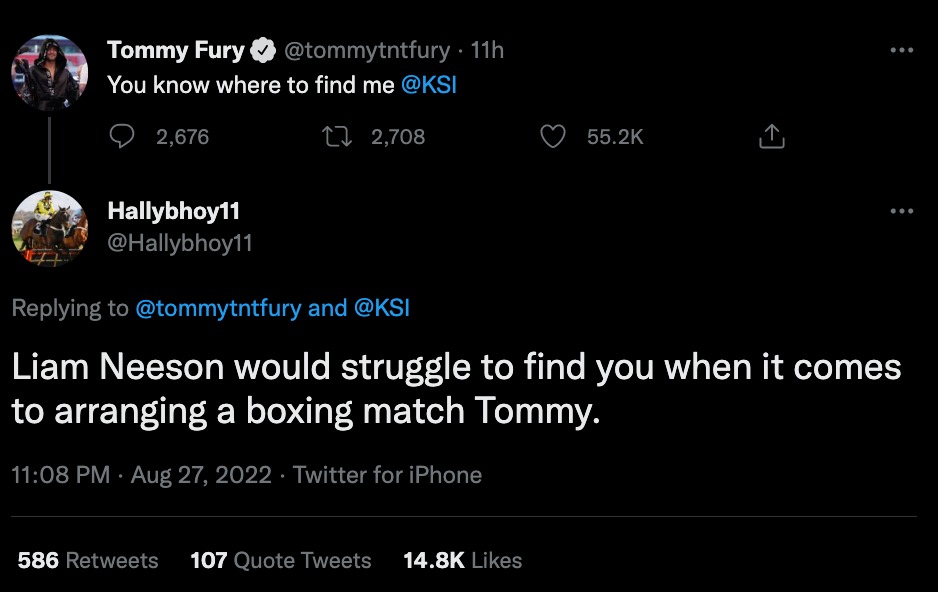 Fury has talked the talk plenty but never appeared remotely interested in actually stepping into the ring with Jake Paul.

Having seen KSI stop two fighters on the same night, it’s hard to imagine the situation being any different this time for Fury.

Perhaps most significantly, there’s no way KSI would rely on him, especially following the problems he had with this card.

Fury is a bottler and KSI has no reason to believe he’d actually want to fight him. That could stop this fight from happening.