Tim Sherwood has been sacked as manager of Aston Villa, the club have confirmed.

The boss leaves after only taking charge in February, paying the price for the club’s dismal start to the Barclays Premier League season.

Villa lost 2-1 at home to Swansea on Saturday, a sixth straight defeat in the league, and they are four points from the safety line, having not won since the opening day. 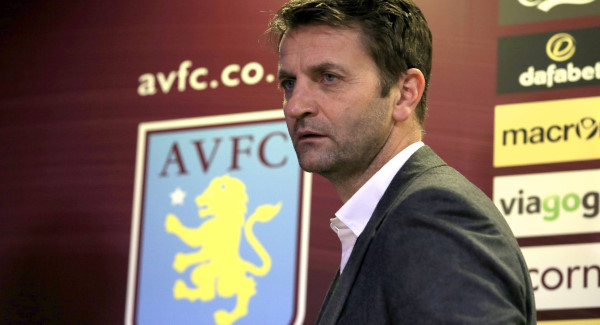 Gutted , thank you for everything ? pic.twitter.com/coIpMPdxFq

“The board has monitored the performances closely all season and believes the results on the pitch were simply not good enough and that a change is imperative.

“However, the club would like to place on record its sincere thanks to Tim for all his efforts during a difficult period last season and for the many positive contributions he has made to the entire football set-up during his time with the club. We wish him well in the future.

“Assistant manager Ray Wilkins, first-team coach Mark Robson and performance analyst Seamus Brady have also left with immediate effect and do so with our best wishes.

“A search for a new manager has commenced and the squad will be managed in the interim by Kevin MacDonald.”