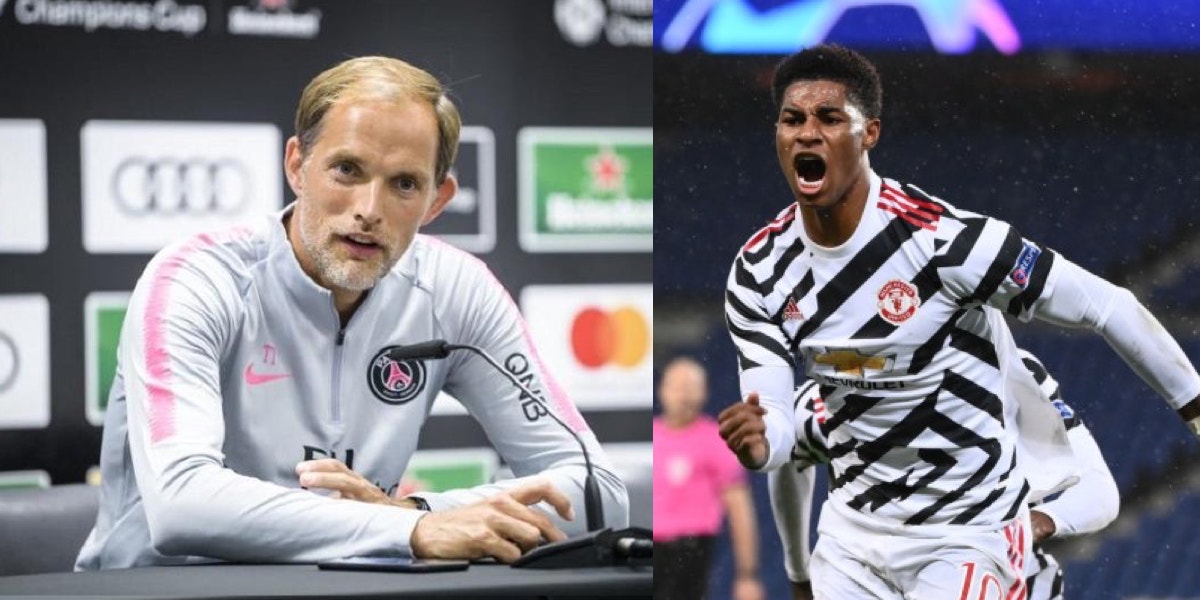 Paris Saint-Germain manager Thomas Tuchel has revealed that he has huge respect for Manchester United striker Marcus Rashford but not so much when he’s playing against his side.

In his pre-match Champions League interview Tuchel said: “We value him very much when he plays in England and not Parc des Princes, honestly, because (him scoring against us) gets a little bit annoying. The guy is a very young adult who takes his responsibility on and off the pitch very impressively.”

“Him scoring against us gets a little bit annoying”.

Thomas Tuchel is a big fan of Marcus Rashford – until he plays against PSG 😂 #MUFC #UCL pic.twitter.com/VZLS7Fkg3W

PSG face will face Rashford again tonight as Ole Gunnar Solskjaer’s men head into the game knowing that a point from their remaining two games will be enough for them to progress out of Group H and into the knockout phase of the competition.

The same can’t be said for last season’s finalists who need to win at Old Trafford to keep qualification hopes in their own hands.

Tuchel will be hoping there is no repeat of the sides last two encounters which saw Marcus Rashford bag the winner in both games at the Parc des Princes.