Today Rassie Erasmus released an hour long video pointing out all the mistakes that the officials made in the first test on Saturday and during the week the Director of rugby clarified that he is not the one running the twitter account that is called Jaco Johan stating:

“I actually follow Jaco Johan, he’s a big supporter of us. He’s been feeding me some really good clips for a while now, things that I’ve actually used in the past.

“He’s a very big supporter, a really funny guy and I quite enjoy the things that he does.

“I think I just retweeted two or three things I thought were accurate.

“And I tweeted twice just for a simple reason: as director of rugby the medical department is part of our department.”

But today the twitter account changed it’s bio, so is it pulling the piss out of the South African coach or what is going on? 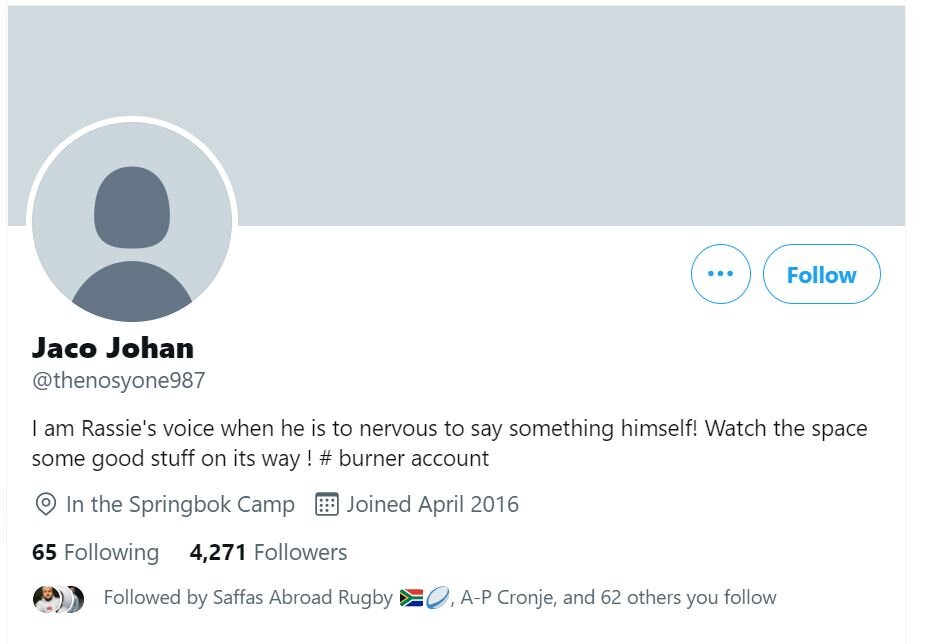