The exhibition bout was originally set to take place in February earlier this year, however, following the ongoing COVID-19 pandemic, the fight was forced to be rescheduled.

Now with a confirmed date, tickets have begun going on sale.

Taking to his official social media recently, Paul confirmed where fans can head to to bag a ticket to the ‘once in a lifetime’ sporting event.

Meet the missus of Bryson DeChambeau she’s a stunner that loves bikini’s & well able to hold a club..
Fans are all saying the same thing after Luca & Gemma from Love Island stuck on a Spurs shirt
“A disgrace to Manchester United” – Red Devils star slammed for leaking stories to the press

Among the tickets currently on sale are VIP packages which allow fans access to ringside seats as well as a ‘meet and greet’ opportunity and signed memorabilia. 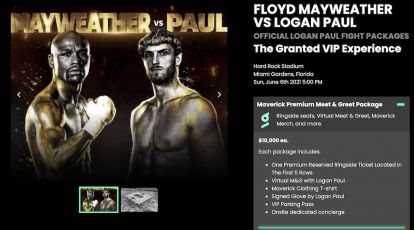