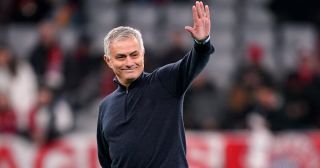 Jose Mourinho is back in football, didn’t take long for the Portuguese manager to get back into the game. Mourinho hates to rest and loves to be on the football pitch and coaching doing what he loves. Italian giants Roma have signed the former Spurs, Chelsea and Manchester United boss up for the new season ahead.

It’s good to see him back, you can’t imagine football without him now nearly and the rivalry between him and Conte next season is going to be a cracker. A repeat of their time in the Premier League, also he will be coaching some of his old players including Smalling and Mkhitaryan. Good times ahead.