The former Liverpool and England midfielder and now manager of Aston Villa, got off to a pretty decent start in his first half season in charge of the midlands club. This will be his second spell in charge of the club and the pressure will be on to do even better and with that the Aston Villa list of fines has been leaked online, see it below;

MORE HERE: Awful News for Paul Pogba at the Start of his New Journey With Juventus 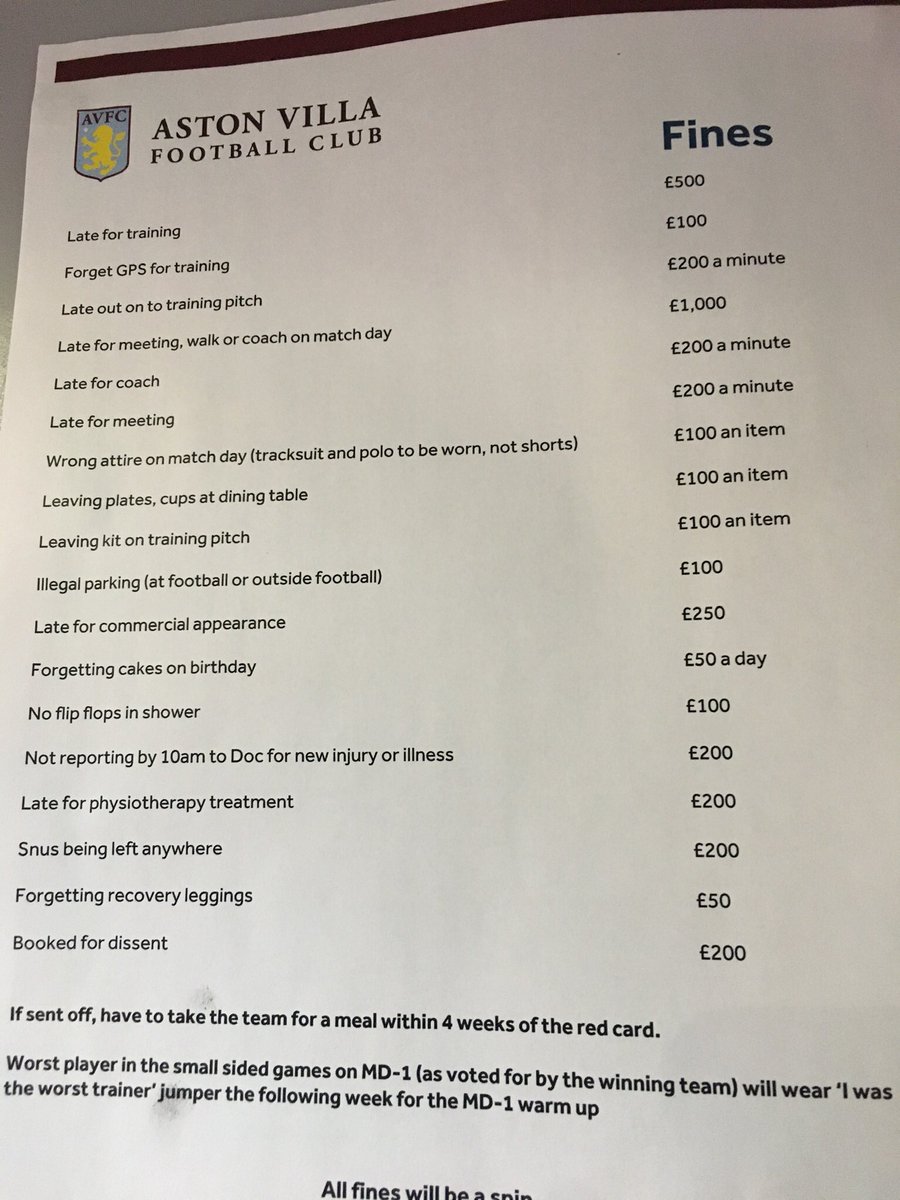 If the former Red is half as good a manager as he was a player then he will make one hell of a manager. Not many Liverpool fans will have forgotten that famous night in Istanbul where he dragged the Anfield cub right back into it, from being three nil down. Good luck to him again this year.