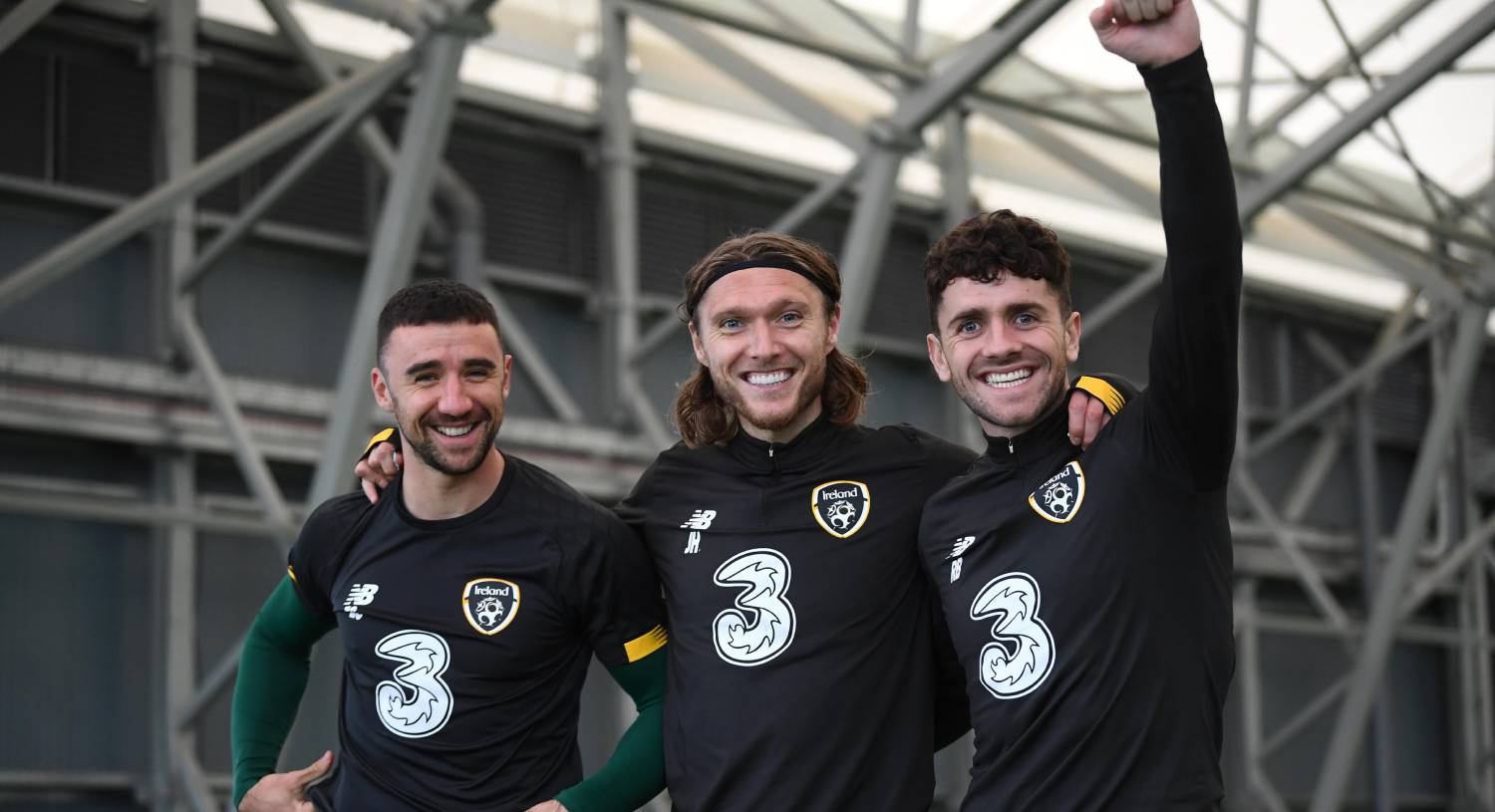 Stephen Kenny is still awaiting word on whether Harry Arter will be able to play a part in the Republic of Ireland’s Euro 2020 play-off semi-final against Slovakia in Bratislava this Thursday.

The Nottingham Forest midfielder suffered a thigh injury in Saturday’s 2-1 loss to Bristol City and was still in England awaiting results on a scan this afternoon when the rest of his international teammates were in Abbotstown.

Aaron Connolly did not take part in the training session at the National Sports Campus but only due to load management issues. Kenny did indicate on Sunday that, with players arriving at different times from England, there would be some not training today.

Cyrus Christie and Kevin Long both took part after being called into the squad on the back of injuries to Seamus Coleman and Darragh Lenihan. Jack Byrne also trained fully after suffering a slight groin issue on Friday night when Shamrock Rovers played Sligo Rovers.

The team flies out to Bratislava tomorrow afternoon.