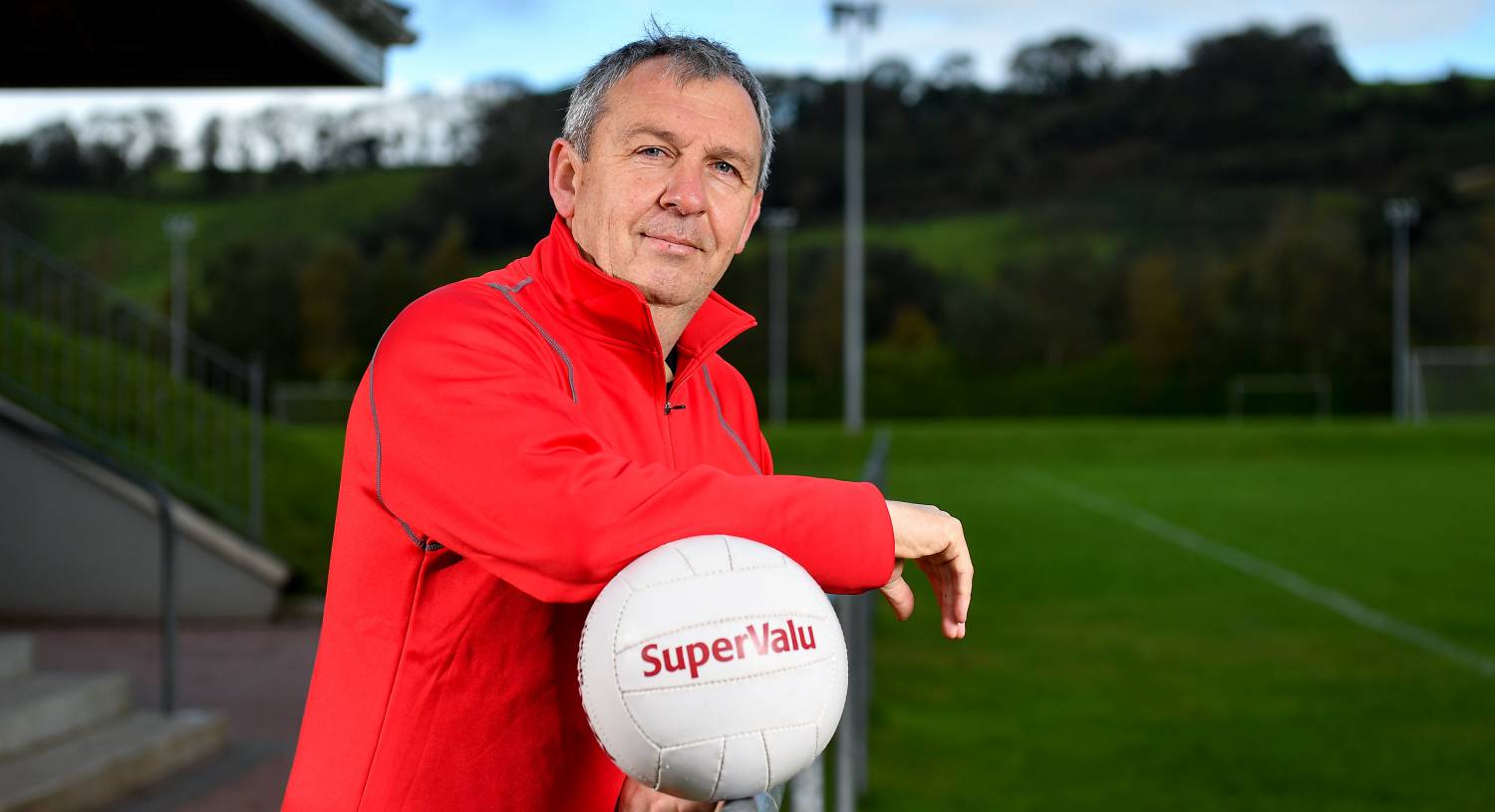 Kerry manager Peter Keane believes the Championship is “hanging by a thread” and admits he dreads phone-calls from players in case they are Covid-19 related.

Keane says it is possible Kerry players will travel individually for their Allianz Division 1 game against Monaghan tomorrow week as he is reluctant to put them in buses.

He had supported the idea of both their remaining league games, the other being the visit of Donegal to Tralee the following weekend, being played at neutral venues. It was proposed by some county chairs at yesterday evening’s meeting with Croke Park leadership but was turned down.

As the owner of SuperValu in Killorglin, Keane has been wary of Covid for quite some time now and that sense is even more acute with games on the horizon.

“It’s always in the back of your mind. You get a phone-call during the day and it could be any player ringing me and the first thought is, ‘’Oh shit, have we a problem here?’ We’re on tenterhooks, we’re hanging here by a thread I think anyway.

“I’m not talking about Kerry, I’m talking about every team hanging by a thread. There are obviously stories out there about teams who have problems. Problems is the wrong word because I think it’s just a fact of life. It’s not a bad reflection on any team, it’s society, we’re all mixing.

“We can’t say we’re in a bubble because I’m working in SuperValu, all the players are working or in college. They have families, their parents are working.

“We’re all trying to mind ourselves and our communities. You take a lot of older people who were suffering from cocooning early on and the mental health associated with that. But equally you had a lot of young people from 14, 15 upwards and they need to socialise too and minding all those people is very difficult.”

Eight days out from facing Monaghan in Inniskeen, Keane can’t say what logistics the team will have in place to make the 762km round trip from their centre of excellence in Currans.

“If we’re travelling we’ll probably be travelling this day week I’m not sure. The game is at 2 o’clock in Monaghan. We’re looking at a situation where it’s probably too far to travel on the day albeit it’s something I would like to do with the environment that we’re in.

“Should we travel in a bus? We’re travelling to training individually so does it make any sense if we’re putting everybody in a bus together? I don’t know. I think we’ll go Friday, I think we’ll travel individually. Even getting a hotel now… I’m giving you the pure reality of it here as an inter-county manager.

I think the club games and the county championships games have given great hope to people. The fact that they was streaming there gave people a great sense of being able to be at the game.

“I thought there was an awful lot of logic in neutralising the venues. I thought they might do that yesterday. I’m speaking of both sides as we have to travel to Monaghan and Donegal have to travel to Tralee the following weekend and that’s a hell of a long journey as well. You have a lot of hotels closing as well.

“There’s definitely a lot of wait and see. We will be there and we will be giving it our best shot but I’m not sure whether to go up by bus because if you put 26 players into a bus does it make any sense telling them to travel individually to training?”

Preparing now for League and Championship seems light years away from when GAA president John Horan’s appearance on The Sunday Game back in May when he said there would be no games with social distancing in place.

“It was almost like he punctured the place,” Keane recalled. “Obviously without great intent but it was like he sucked the life out of it. I think the club games and the county championships games have given great hope to people. The fact that they was streaming there gave people a great sense of being able to be at the game. They were able to keep in contact with what was going on in the community by watching the games. That brought people together even though they couldn’t get to games.

“That is sort of the same for us. Fellas want to play in these venues. In Currans in our centre of excellence, the lads loving meeting up albeit Covid has brought a lot of changes to training. But the lads love being together and having the banter and the craic and testing themselves against the best that we have to offer them.”

It also been awhile since Donie Buckley was informed he was no longer part of the Kerry coaching ticket. On that controversial exit back in March, Keane didn’t go into details. “Look, I suppose it is water under the bridge. What I can say is that we parted company, I don’t get into individual discussions I have with either members of the management or the players. You have privileged discussions going on all of the time and that would be a breach of them. That is where it is.”