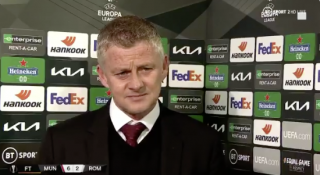 Manchester United had a great win against Italian giants and Ole Gunnar Solskjaer has to take great credit for sticking with him team and making no changes at Half-time even though Paul Scholes and Owen Hargreaves were adamant that changes needed to be made. Being behind two goals to one.

"It's easy up there thinking who should play and who should not play.

"Maybe those two should try to leave players out themselves and pick a team with balance."