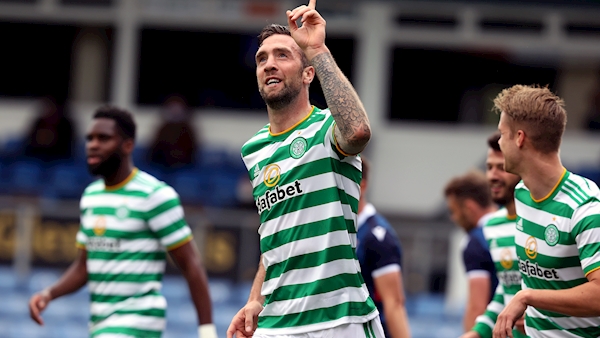 Odsonne Edouard scored an early penalty and Albian Ajeti added a second to give the visitors a two-goal lead at half-time.

Neil Lennon switched to a back three and the 3-5-2 system worked well for Celtic with Duffy played on the right side along with Christopher Jullien and Kristoffer Ajer on the left.

The boyhood fan described his move to the Scottish giants as a dream and he capped it off by scoring with a thumping header from Callum McGregor’s cross.

Ajer added another before a Patryk Klimala goal put the icing on the cake for Celtic.

Celtic are now six points of Scottish Premiership leaders Rangers but they have two games in hand.