The former Red Devils captain Roy Keane has given huge praise to Phil Foden for having his own chef and says the 21 year old English man will feel the benefits of it as he gets older in his career.

“Players have chefs now, they look after themselves. 3 hours before the Crystal Palace cup game, I had a kebab. A doner kebab.”

"So who's going to burst on the scene? 🤔

Roy & @MicahRichards dive into everything #EURO2020 🏆

Plus Roy shares how he had a kebab 3 hours before a game 😂🥙 pic.twitter.com/TZ7ErVj9RQ

“I saw Foden getting interviewed the other day and he was on about cooking. He said, ‘No, I have a chef.’ He’s got a chef!

“When I played, my God! I played a cup game against Crystal Palace and three hours before the game I had a doner kebab from the chipper.

“When you’re younger you get away with it but obviously you pay for it later on. You think you’re getting away with it, you have a laugh about it and you think you’re a bit of a Jack the lad. In fairness, I was living by myself and didn’t have any food in the house.

“But Foden now. He’s probably fuelling himself up properly, he’s probably having a proper breakfast. He’s recovering. He’s eating the proper foods at the right time.

“Look at Ronaldo. Foden will get the benefits also when he’s 36 or 37. I guarantee you he’ll still be playing at a high level.” 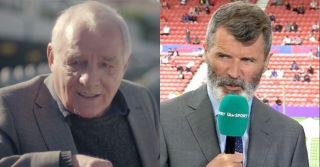 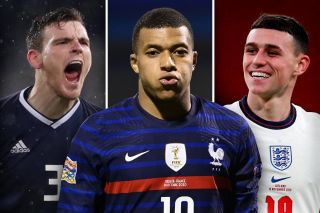