The former England and Chelsea central defender John Terry was fairly critical of the former Manchester United and Irish captain Roy Keane for snubbing a fan last week at the NFL game at the Tottenham Hotspur Stadium.

MORE HERE: James McClean sends out a new message in solidarity for the Irish women’s team & the haters 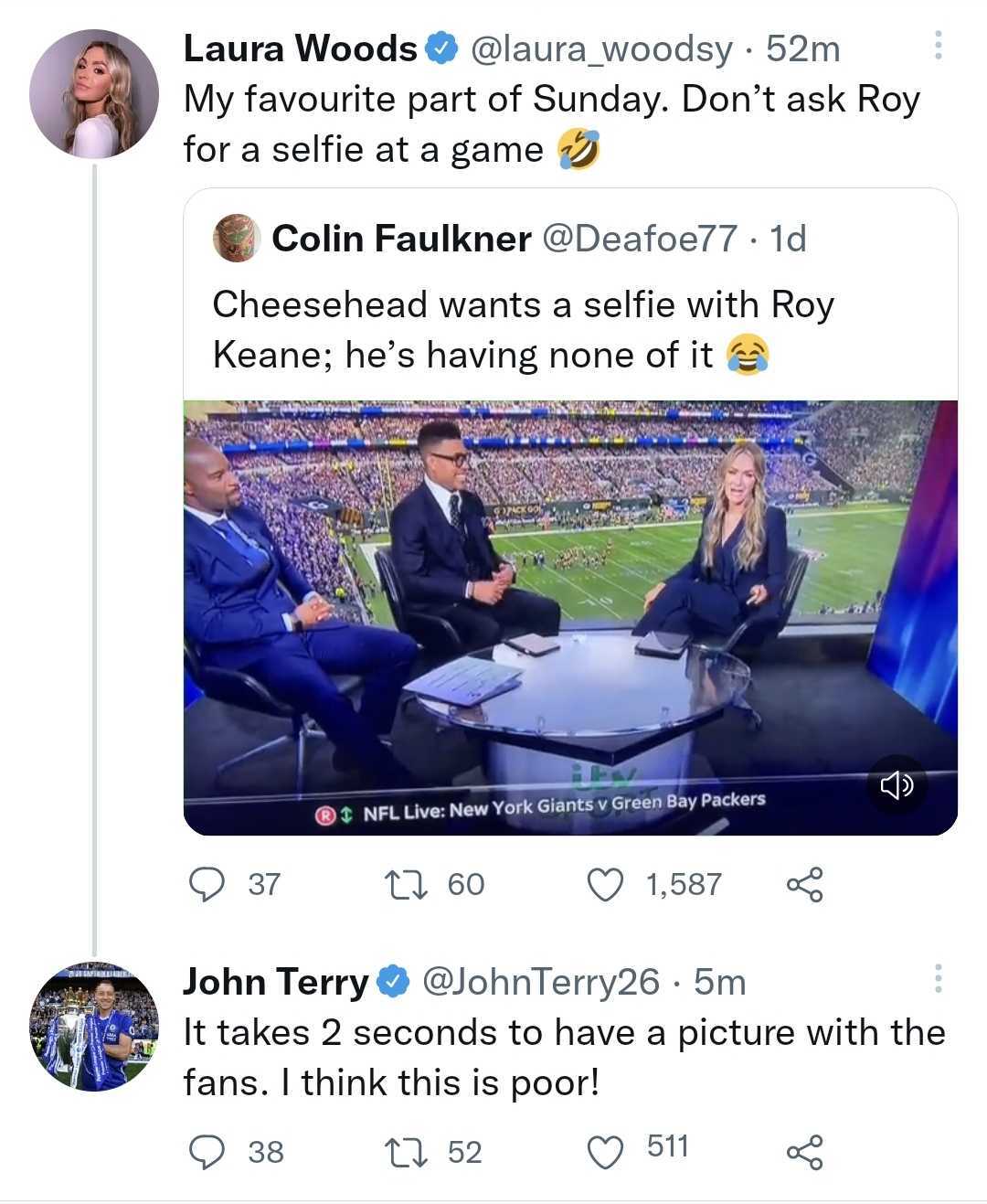 John Terry has since delete his tweet.. The former England captain only joined twitter a in the last year or two and has been loving, sharing his opinion here and there. Was Roy Keane right or wrong to snub the fan looking for a pic with the former midfielder or was the fan wrong to not let Keane enjoy the game?

We might hear Roy Keane’s side of the story this weekend as he’ll surely be in the Sky Sports studio for the big matches.