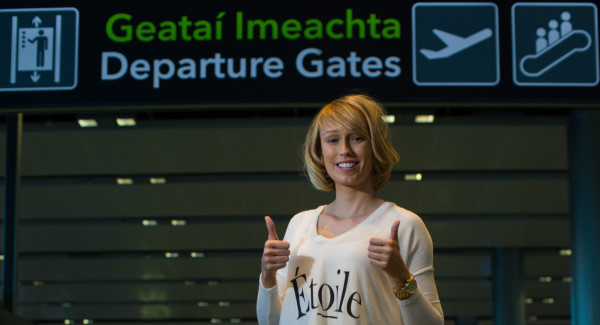 Stephanie Roche has admitted that she may have to give up on her dream of making it as a professional in America.

The Irish international, who shot to fame following a wonder strike for Peamount last season has now said that she might have to look towards the UK to continue her career.

Roche secured a dream move to Houston Dash after finishing runner-up in this year’s Ballon D’or.

But after a frustrating start to life in America, she was released.

Speaking today, the Dublin woman said: “There’s nothing I can do about it now so I’ll just have to move on. I might look to the UK now.”