Fergus O’Dowd, chair of the Oireachtas Transport and Sport Committee welcomed the referral of the audit report to An Garda Siochana saying it was “appropriate and proper that it is in their hands.”

He said this is a very serious matter and the FAI must now holds its AGM before the end of the year.

Speaking to the Irish Examiner, Mr O’Dowd said the priority must be to get the €2.9 million in State funding restored so local clubs dont pay the price for goverance issues.

He said he accepted the report not being published to allow the Gardai and the ODCE finish their work, but said it has to be published once that process is completed. 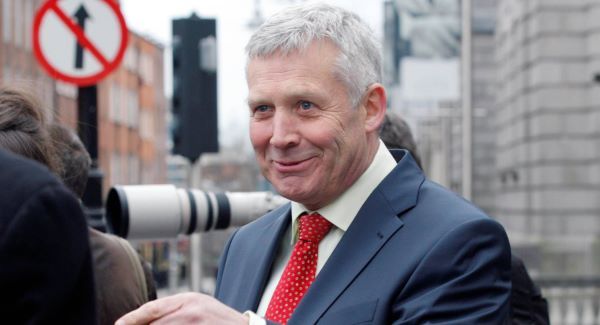 In a letter to the chair of the Oireachtas Sport Committee, Mr Ross said he cannot “on legal advice” furnish a copy of the audit report at this time.

“I have taken legal advice on the Final Report which Is by Its nature a private and confidential document which Is not Intended to be placed In the public domain.

This Iegal advice has highlighted the importance of respect for natural Justice in respect of all individuals referenced In the report,” he said.

“Publication of the final report would, I am advised, be contrary to the principles of natural Justice. Accordingly, neIther I, nor Sport Ireland, propose to publish the report at this time,” Mr Ross wrote.

While he said he was aware of the work done by the committee in relation to the FAI, Mr Ross said on legal advice he was not prepared to give the committee sight of the report.

“I regret to inform you that I have received legal advice directing that I do not share the Final Report with the Committee at this time, as to do so would be to place the document In the public domain. I’m sure you will recognise the importance that I, as Minister, must afford to the principles of natural justice,” he said.

Responding to the news, Fine Gael TD Noel Rock and member of the Oireachtas Sport Committee described Wednesday’s events as “a serious development in this case.”

“I am told the KOSI Audit of FAI referred to An Garda Siochana. A serious development in this case. I hope we can get answers soon,” he said.