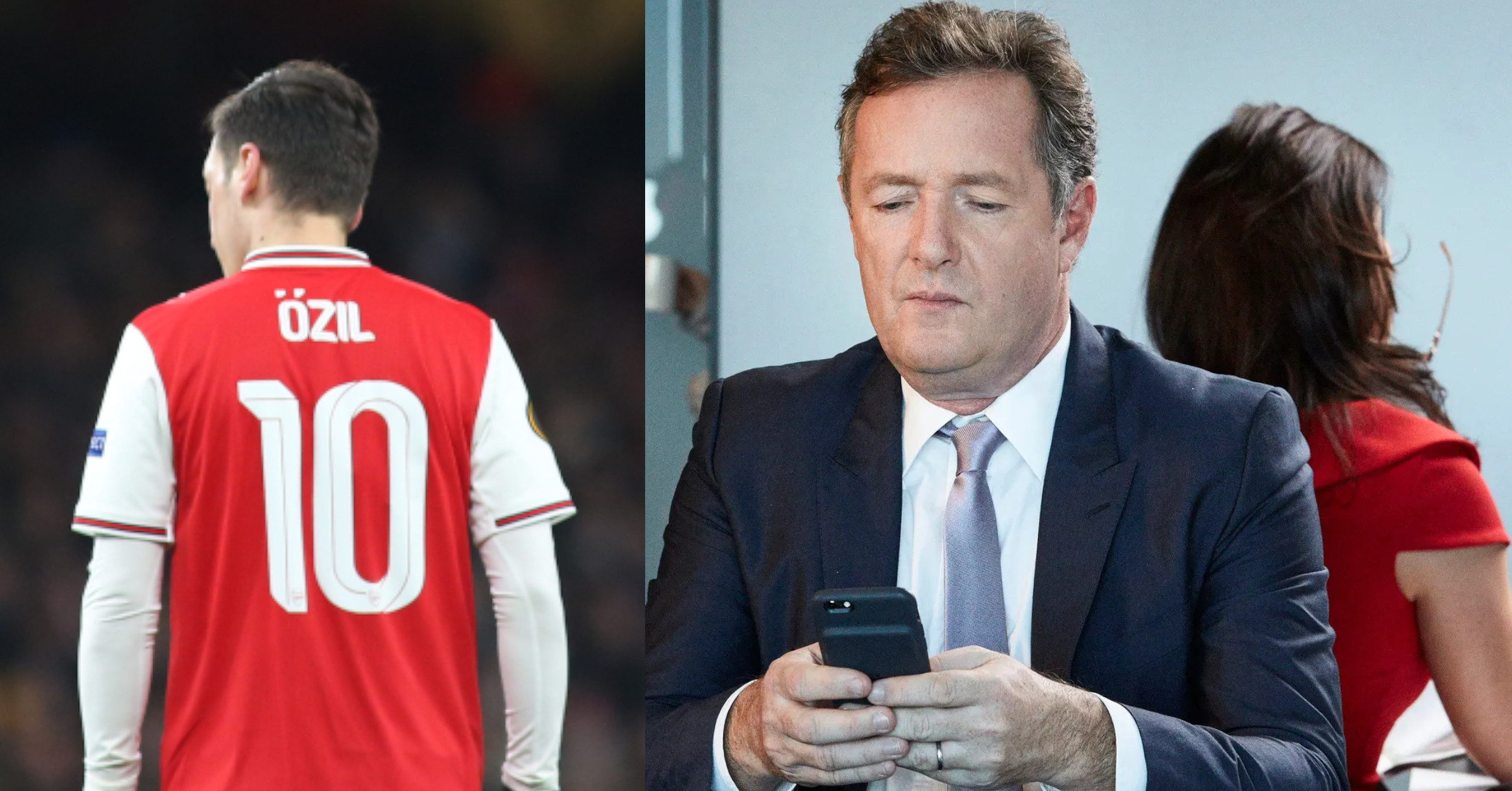 Piers Morgan has called out Mesut Ozil on twitter and Mesut has replied, with many fans backing the playmaker over Piers.

Mesut tweeted his usual support for teammates at 4:30pm, just before kickoff against Leeds United today.

“I wish you would, Mesut. For your sake and Arsenal’s.”

I wish you would, Mesut.
For your sake and Arsenal’s. https://t.co/guyV1K2gP2

The last time Ozil played competitive minutes for Arsenal was March 7th, 2020, before lockdown. Many Arsenal fans are unhappy with management for not choosing him with others being angry with Ozil for still collecting a wage from the club, despite not playing in the last 7 months. Piers falls into the latter.

Ozil then replied to Piers, asking if his phone was hacked.

Piers, was that really you, or was your phone hacked? 👂📲 https://t.co/g2GW6YTE8R

Piers did not take this reply well and doubled down with insults as he even called Ozil a ‘d*ck’ in his reply and saying he’s getting £350k a week to sit on his a*se.

I must say @MesutOzil1088, I admire your nerve in trolling Arsenal fans who pay your wages given you’re getting £350k-a-week of OUR money to sit on your a*se doing f*ck all. Try training as hard as you work on being a clever dick. Then the manager might pick you.