The England camp has been rocked over the past couple of days, with Mason Mount, Rice’s best friend, and Ben Chilwell both being forced to isolate after holding a 20-minute conversation with fellow Chelsea star Billy Gilmour, who tested positive for coronavirus.

Both Mount and Chilwell were subsequently ruled out of last night’s clash with the Czech Republic and also look set to miss England’s first knockout tie, which will be against either France, Germany or Portugal.

England are, understandably, intent on making sure that they learn from their mistakes, as was shown as Rice spoke to Hammers teammate Soucek after the full-time whistle yesterday evening. 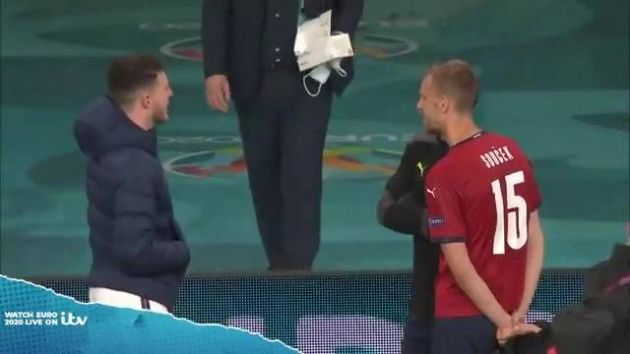 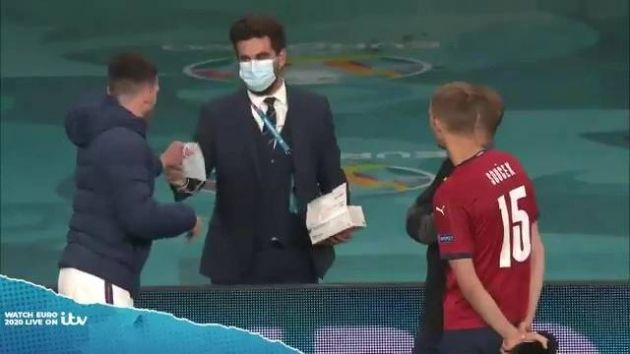 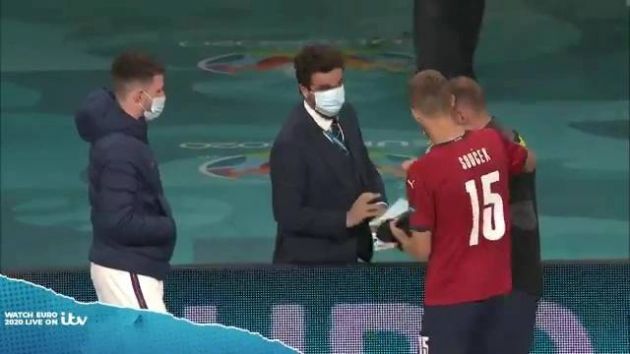 (Video) Cork Native Caoimhin Kelleher with a World Class Save for Liverpool
Who has history favoured in The Battle of Alberta?
Diogo Jota Seals it for Liverpool with a Quality Finish

The pair were approached by a Wembley official and handed a face mask, clearly in an attempt to squash even the smallest possibility of the virus being transmitted between the pair.

Credit to the man who took responsibility and made sure they were following the rules – you’re a national hero!