Despite previously spending three years playing for the red half of Merseyside, Suarez’s Liverpool connections have not stopped the South American from supporting United loanee Pellistri.

After joining the Red Devils last summer, in an attempt to continue his development, Pellistri was given a season-loan loan with Spanish side Deportivo Alaves.

After lining up against his young compatriot during Sunday’s La Liga match, Suarez, who bagged his 500th professional goal, was quick to praise the teenager on his Instagram.

Suarez’s caption directly translates to: “A pleasure @facu_pellistri, continue like this and good things will come.” 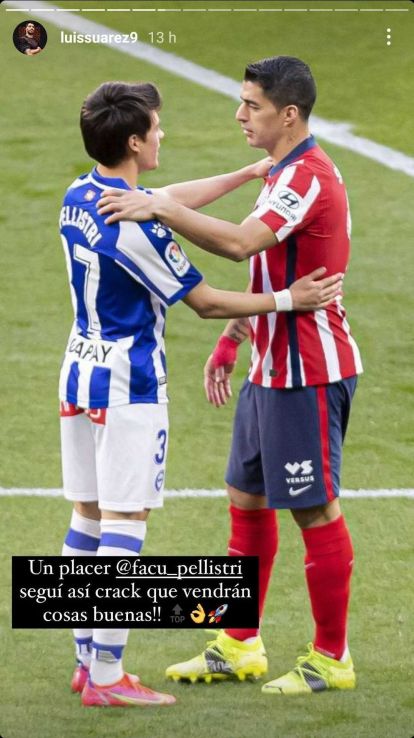