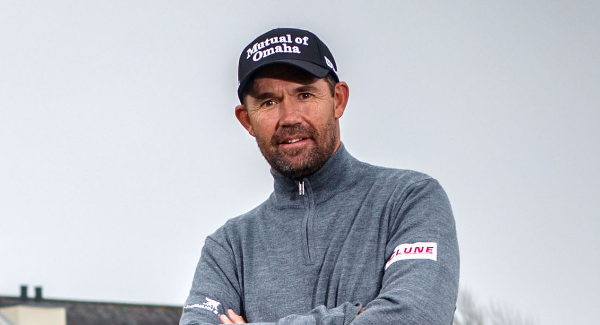 European captain Padraig Harrington expects this year’s Ryder Cup to go ahead as planned, despite the sporting calendar being decimated by the coronavirus pandemic.

The year’s first two majors, the Masters and the US PGA Championship, have been postponed due to the outbreak, while six European Tour events have been called off and the PGA Tour has cancelled all tournaments until late May.

However, Harrington believes the biennial contest between Europe and the United States will take place at Whistling Straits in Wisconsin from September 25-27.

“September is a long way off so there’s no change to the situation at all at this stage,” the three-time major winner told The Ian Dempsey Breakfast Show on Today FM.

“I know there’s been some rumours and they had to put out a statement to say there’s been no change, but there’s definitely no change.

“There was a big announcement (on Tuesday) by the PGA Tour about events being cancelled until May and now the PGA Championship has been postponed as well, so that’s as far as they’ve gotten – until the middle of the May is where they’ve taken steps to.”

Harrington would be open to playing behind closed doors, saying on Newstalk radio: “I’d be more considered – wouldn’t we love some sport to be going on now, if it was possible?

Most people are stuck at home, wouldn’t we love something to be able to watch on the TV, a bit of sport?

“I would go down the road if it was possible to play it from a health and safety point of view. Wouldn’t it be great to put something on television for people to watch to bring a bit of something else into the day?

“By the time we get to that sort of stage I’m sure there will be some sporting events where enough of the athletes are recovered and can compete behind closed doors.

“I’m not talking golf here, other sports, just to give us something to watch on TV.

“We all miss the Premiership, the rugby, golf or any other sport. It would be not essential but it would sure beat watching another boxset on Netflix wouldn’t it?

“I think it would be odd and strange, and I think some of the soccer matches, there was a bit of that about it, but it would be more about providing a service than the sport.

“You can see it happening in that situation where as I said players could be checked. By September there will be more ability to test people and more will have recovered.

“There are things by the time September comes round that we just cannot envisage right now and that’s why they haven’t cancelled it or are preparing to have it.

“There really are so many scenarios that can come into play before that crunch time.”

Ryder Cup Europe took to social media on Monday evening to describe reports suggesting the Ryder Cup is expected to be postponed as “inaccurate”.

It is understood that the European Tour will hold a board meeting next week with a Ryder Cup steering committee meeting a week later.

Organisers of the Masters and US PGA Championship hope to stage their events later this year, with a surge in hotel prices hinting at a date of October 8-11 for the Masters.

On Tuesday, LPGA Tour player Marina Alex took to Twitter to complain about a room reservation she had for October in Augusta being cancelled by the hotel.

The October date would clash with the European Tour’s Italian Open and the Shriners Hospitals for Children Open on the PGA Tour. It is also just a fortnight after the Ryder Cup, as things stand.