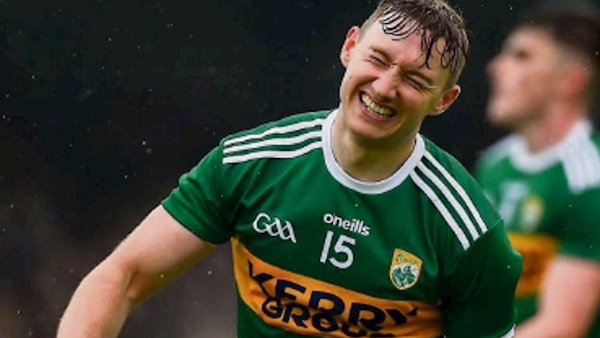 Peter Keane’s youthful side have lost twice to the westerners in 2019 — with James Horan claiming his team could have won their Allianz League final meeting “by 10 to 12 points.”

And O’Mahony now wants those words to come back and haunt Horan in Killarney.

“James Horan had plenty to say about Kerry after the National League final and that’s something as a player that will motivate you.

“You’ll be saying ‘that’s what he thinks about us’ and anything you can use for motivation you’ll take.

“Now, I don’t believe the Kerry lads will need it because they’re at home and there’ll be a massive crowd in for this game.

“What better place to play Mayo than in their home patch.

But the Rathmore man admits that this is a game that the Kingdom cannot afford to lose given Mayo’s dominance over them in recent times.

“It’s the biggest game in Killarney since Tyrone came to town in 2012. I remember that game and when you speak about getting monkeys off the back, it was just one of those games that we just had to win. It was as simple as that, we could not lose.

This Mayo game for Kerry is a game they cannot lose. Killarney is a fortress for Kerry football and with Mayo coming down, our young lads have to remember that Mayo didn’t spare them in Croke Park in the League final.

“There’ll be a bit of hurt there for Kerry, you have to look at yourself after being beaten twice by Mayo this year and say “it’s time to put a stop to this”.

“This is the game we all wanted down here. When I saw Galway drew Mayo in the qualifiers, I wanted Mayo to win because this is an ideal game for Kerry to kick off their Super 8s campaign with the Galáticos of Gaelic Football coming to town.

“Kerry need to die in their boots for the cause and get over the line no matter what. That’s what it means to be a Kerry footballer. This is where we’ll find out — and quickly on Sunday — who is up to Championship level and who is not.”

O’Mahony is relishing the midfield battle between Aidan O’Shea and David Moran which could help decide the contest.

He reasoned: “Moran always seems to raise his game to play Mayo and if we get enough ball into our forwards, they’ll cause Mayo huge problems.

We need Paul Geaney going well and David Clifford will be our go-to player. Stephen O’Brien is having a massive year too. These guys have pace, they’ve football skills and they’ll relish this challenge.

“Everyone talked about how Mayo bullied Kerry in the league final. That will stick in the throats of these Kerry lads. They won’t be bullied on Sunday, mark my words.

“If Kerry’s forwards click on the day, they’ll go to town on Mayo.”